Did you know that there is a historical marker in Winston-Salem, North Carolina celebrating the founding of a chapter of domestic terrorists and hate group the Black Panther Party? Now there is a petition demanding that the city remove the marker celebrating the hate group.

The marker, situated at the corner of Fifth Street and Martin Luther King Boulevard in Winston-Salem, N.C., was erected in 2012 and celebrates the fact that the state’s fist chapter of the racist group formed on that spot in 1969. This photo by Bruce Chapman depicts the 2012 unveiling of the historic marker.

The marker hasn’t caused much fuss, really, but after racist black groups have spent the last few months defacing decades old Confederate monuments all across the country and have been demanding that all Confederate history be erased from existence, now there is a move to do the same to this marker celebrating the founding of the city’s racist Black Panther Party chapter.

There is a Change.org petition started by Wayne Pearce to eliminate this racist marker in downtown Winston-Salem.

Here is the message that Pearson added to his petition:

We the people call on the City Council of Winston-Salem, North Carolina to remove the a sign located at the northeast corner of Martin Luther King Jr. Drive and East Fifth Street.

And, yes, there is a direct parallel between what blacks call celebrations of the KKK in those Confederate monuments and a celebration of the Black Panther Party. Both are hateful, racist domestic terrorist organizations. If Confederate history is too “racist” to be remembered, then so is the violent, murderous, drug-pushing, hate group known as the Black Panther Party.

Certainly it is good that the race-based ideas that the CAS had have been defeated. But if blacks are against CS historical markers because they are “racist” in nature, then they absolutely do not have a leg to stand on to insist that a historical marker to the racist, terrorists of the Black Panther Party can be excused.

So, yes, this obscene marker should be taken down. Go sign the petition at: https://www.change.org/p/city-of-winston-salem-remove-the-sign-honoring-the-racist-group-the-black-panther-party.

"Pro-Life" Jeb! Bush Was a Director of a Foundation that Funneled Millions to Planned Parenthood
Obama: Biggest Threat to Safety is Americans With Guns NOT Muslim Terrorism 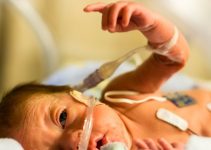