President Obama and John Kerry have been touting the “15 year deal” they’ve made with Iran to “stop” their development of nuclear weapons. They’re – what’s the word I’m looking for? – oh yeah, lying. It’s actually less than 90 days.

Some in Congress are worried about Iran cheating on their part of the deal by continuing their nuclear weapons development program. They don’t have to cheat. Others are worried about the “side deals” with the IAEA regarding inspections. There’s absolutely nothing to worry about there.

Thanks to paragraph 36 of the parts of the deal that are already available to the American people, it’s obvious that Iran can get their $150B in sanctions relief, and bolt. They may hang in there for long enough to cut some nice business deals with the Europeans and the Russians and then bolt, but the bottom line is, they’re bolting.

Iran gets everything they want and the West gets …

Here are the details, and note that the following comes not from conspiracy theorist an nutcase Alex Jones but from the left leaning “The Hill.”

Paragraph 36 tells us when and how the agreement might end. Both friend and foe have touted this deal as “historic” and promised (or moaned) that its provisions will stay in place for the long term. But in practice, this is not a ten-year agreement or a fifteen-year agreement or an eternal agreement. Paragraph 36 tells us the truth: Any party—be it Iran or a future U.S. president—can essentially ditch the Iran nuclear deal with 35 days’ notice.
Iran might need to wait a little longer—an extra 30 working days—to check a box buried in Annex IV. But, after that, under Paragraph 36, Iran can claim that any of the P5+1 is “not meeting its commitments” under the agreement. That triggers a 35-day set of meetings. Once that clock runs, Iran can claim the issue “has not been resolved to [its] satisfaction” and that it “deems” that the issue “constitutes significant non-performance.” Iran can then “cease performing its commitments under this JCPOA in whole or in part.” The agreement is done. 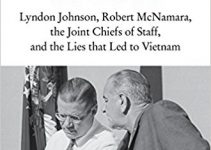