This week’s Weekend Caption Contest™ paid homage to the “Get-a-Life-Would-You-People?” event of the year. There were way too many excellent captions to honor, so go read the rest of the entries. The assignment this week was to caption the following picture: 4) (Red Five) – “This is Princess Leia, reporting to you live from that wretched hive of scum and villainy, Comic-Con San Diego. What, you thought I was going to say Mos Eisley?”

5) (Brian Brandt) – “And with that, the Confederate Battle Flag comes down in Columbia, S.C.”

The Readers Choice Award this week went to guido81’s outstanding caption. Here are a couple more to send you on your way:

(rodney dill) – “Is that a Pu-36 Explosive Space Modulator in your loin cloth or are you just happy to see me?”

(yetanotherjohn) – “I didn’t know Michigan State was even playing this weekend.” 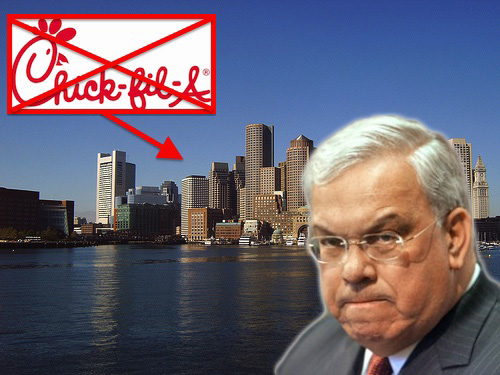