When simpletons think about the American civil war they think of “the north” versus “the south.” But the truth is there was never any “the south” during the whole of the conflagration. Not for an instant was “the south” fully vested in the Confederate States of America. Instead, as “the south” fought the federal army in multiple places around the country there were vicious internal insurrections and mini civil wars going on all over the place as southerners who supported the U.S. government fought and killed southerners who supported the nascent Confederacy and this fighting was going on in the supposed Confederate states themselves, quite apart from the war proper raging on famed battlefields across the land.

The fact is, “the south” was never fully under the control of the central Confederate government in Richmond (and Montgomery, Alabama before that) and neither were the Confederate state governments able to completely control their own states because of constant internal resistance from their own citizens. There was internecine warfare going on in North Carolina, Missouri, Tennessee, Texas and other southern states throughout the civil war.

Even as the south was never fully vested in the Confederacy, the north was never paralyzed with such consternation. A key to proving this is to look at the volunteers who streamed to the armies north and south. In the north there is only one state, Illinois, that ever had any appreciable southern volunteers.

Sure single citizens both north and south from every state went to their opposite side. A few Ohioans went south, Georgians went north, etc. But Illinois was the only northern state that had an entire company of troops form in their state and then march south to join the Confederacy. The 15th Tennessee was made up mostly of Illinoisans and a few Kentuckians who formed in the Little Egypt section of southern Illinois and then marched south to fight against the union.

But no other northern state had such a number of troops go south. On the other hand, proving that the south was never entirely sold on the whole “Confederate States” idea, every single southern state sent thousands of troops to northern armies. ALL of them but one.

Even Kentucky sent more troops to northern forces than it did to the south–and by tens of thousands at that. Kentucky had about 100,000 troops serve in federal armies while only as many as 40,000 went south. Not that Kentuckians today would know the truth. Most think they were all “rebels.” Contrary to reality, few Kentuckians today would imagine their ancestors were mostly unionists and that few were real rebels.

But all the other southern states were the same to greater or lesser degrees. Alabama sent upwards to 3,000 troops to the north, Arkansas 10,000, Florida 3,500, Georgia perhaps a low 400, Louisiana 7,000, Mississippi about 600, Texas 2,200 Virginia/West Virginia 22,000, North Carolina a whopping 25,000, and Tennessee topping them all at some 42,000 troops going north. Only South Carolina sent but few. Every other southern state sent at least a regiment to the north.

Official soldiers aside, the south was also never fully vested in the Confederacy on a local level. As war clouds gathered, many southern states were barely able to get their own populace to vote for secession. In fact, the reticence to become Confederates led to what is now West Virginia to split from Virginia and petition to become a state on its own. Some Confederate states were so riven internally that competing governments were set up with northern-leaning state governments in exile all claiming to be the legitimate state government.

And then there were the internal wars. Texas, Tennessee, and North Carolina, for instance, had mini civil wars within the civil war. And Missouri is famous for its constant back and forth raids of Confederate and Federal troops attacking each other on a local basis–the most famous are Bloody Bill Anderson and Quantrill’s Raider who were answered by the Kansas Red Legs and US General James H. Lane. Missouri had such vicious internal fighting that an entire area of the state was razed to the ground and gained the nickname “the burnt district” where all that stood were towns full of stone fireplaces after the houses around them had been burned to the ground. (See the notorious “General Order No. 11” from August of 186).

Texas was also a hotbed of infighting. As it happens there was a famous battle between Texans of German stock who supported the union and Confederate forces near Comfort, Texas in south central Texas. This battle is called “The Nueces Massacre.”

In August of 1862 some 61 German Texans decided to try and flee the state to avoid serving the Confederacy but the group was confronted by Texas state forces on the Nueces River near Comfort, Texas. A battle ensued ending in a loss for the Germans. Afterward, the incensed Confederate forces massacred many of those who were defeated, fleeing, wounded or surrendered during the battle.

Battles like this also happened in West Virginia where competing troops of raiders loosely thought of as cavalry fought back and forth committing atrocities and attacks throughout the war. The same happened in the hills of North Carolina, Georgia and other states.

Finally, the southern unionist was even remarked upon in song. The tune “Marching Through Georgia” speaks of the joy that southern unionists felt when Sherman’s troops were marching through the south destroying every vestige of southern resistance.

The verse goes this way:

Yes and there were Union men who wept with joyful tears,
When they saw the honored flag they had not seen for years;
Hardly could they be restrained from breaking forth in cheers,
While we were marching through Georgia.

So, in the end, let us stop saying “the south” were Confederates during the civil war. The fact is they were not. Many were, sure, but “the south” was never fully vested in the Confederacy and to just use shorthand saying that all southerners were Confederate racists is a disservice to the memories of the hundreds of thousands of southern citizens who stayed loyal to the union throughout the war not to mention the tens of thousands of southerners who actually fought for the north. 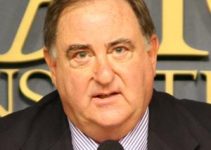