Home
Islam
FBI Says “No Credible ISIS Threats Against US” — Really? Then WHY Do They Have 56 Command Centers?

The 4th of July is upon us. Time to celebrate, time to remember the price for our Independence. It’s also a great time for groups like ISIS to show us that we’re vulnerable.

Not to worry says the FBI, there are no specific, credible threats to worry about but there’s been a lot of “chatter” on social media where ISIS communicates with their supporters.

The FBI is specifically concerned about targets like shopping malls – where there are large groups of people but relatively little security.
Rep Mike McCaul, chairman of the House Committee on Homeland Security has already warned Americans to ‘remain vigilant’ to terror attacks.
He also said that ISIS was no longer a regionalized threat but a global one.

They have gone so far as to set up 56 command centers at FBI field offices around the nation in anticipation of a terror attack by ISIS. Here’s where they are. McCaul went on to discuss his concerns about Syrian and ISIS recruiters being able to recruit in the US through social media and the internet and then activate them instantly for terror attacks.

‘Whether it’s military installations, law enforcement or possibly a Fourth of July event parade.’
He added that America’s response had been slow in comparison to extremists’ rapid advancement of their internet presence.

We may be facing a “perfect storm” with the 4th of July and Ramadan coming together and ISIS promising “paradise” and “rewards in heaven” for those who carry out attacks during the Muslim “holy month.”

We are at added danger here on the home front because of the either utter incompetence or complicity of the Obama administration.

With virtually no border security on our southern border ISIS could simply walk across and would have no trouble at all moving significant caches of weapons and explosives into the country with the help of the Mexican drug cartels, and if they’ve got the cash for payoffs, the Mexican government.

Combined with the fact that President Obama refuses to allow the Kurds to be helped in Iraq, when they’re the only army actually taking ground back from ISIS and disrupting their headquarters and communications, the field is wide open for enemies of Independence to operate.

There almost certainly will be an attack, given the advantages that the Obama administration has given followers of the “religion of peace.” The only question is where and when. We think the President is just trying to hang on for 18 more months so the Republican administration that replaces him will catch the blame from the equally complicit media.

NASCAR to Fans: NO Confederate Flags.
OPEN THREAD: On Independence Day, Fewer Americans Say They are 'Extremely Proud' to be Americans 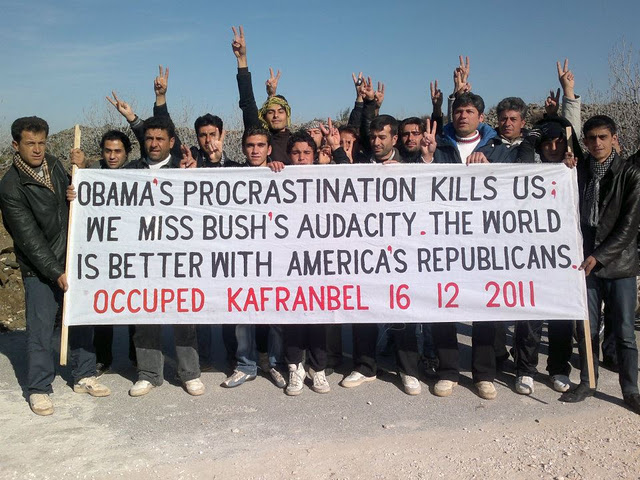