Lots of us thought, seven years ago, that it would be a toss-up for “worst president” between Barack and Jimmy Carter. Turns out it’s not even close. Not only has Barack wrecked the economy, even Jimmy Carter is forced to admit he’s wrecked international relations. Why is that man laughing?

Remember, this critique is coming from Mr. Iran Hostage who arguably presided over the worst foreign policy disasters in history, at least until 2009.

This has to be a classic point in the interview.

“If we keep on working in Iraq and have some ground troops to follow up when we do our bombing, there is a possibility of success,” Carter said.

Mr. Carter, we won in Iraq. We had success.

And then President Obama pulled out all US troops after refusing to negotiate a Status of Forces Agreement with the Iraqis. And things went to hell. Marriage: What Does Love Have To Do With It?
Confederate Flag Supporters are Beaten by Mob. Hate Crime?
Tags:Foreign Affairs 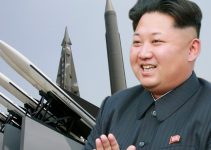