Yesterday, I  explained the reasons for my absence from the ‘sphere over the last week, tonight I want to rejoin the fray by bringing you the opinions of two of my favorite go-to Catholics on all things topical.

First up, Fr. Robert Barron who has us looking forward by initially looking backward:

Just last week, I had the privilege of spending four hours in the Sistine Chapel with my Word on Fire team. Toward the end of our filming, the director of the Vatican Museums, who had accompanied us throughout the process, asked whether I wanted to see the “Room of Tears.” This is the little antechamber, just off of the Sistina, where the newly-elected Pope repairs in order to change into his white cassock. Understandably, tears begin to flow in that room, once the poor man realizes the weight of his office.
Inside the small space, there were documents and other memorabilia, but what got my attention was a row of impressive albs, chasubles, and copes worn by various Popes across the years. I noticed the specially decorated cope of Pope Pius VI, who was one of the longest serving Pontiffs in history, reigning from 1775 to 1799. Pius was an outspoken opponent of the French Revolution and its bloody aftermath—and his forthrightness cost him dearly. French troops invaded Italy and demanded that the Pope renounce his claim to the Papal States. When he refused, he was arrested and imprisoned in a citadel in Valence, where he died six weeks later. In the room of tears, there was also a stole worn by Pius VI’s successor, Pius VII. This Pope Pius also ran afoul of the French, who, under Napoleon, invaded Italy in 1809 and took him prisoner. During his grim exile, he did manage to get off one of the greatest lines in Papal history. Evidently, Napoleon himself announced to the Pope that he was going to destroy the Church, to which Pius VII responded, “Oh my little man, you think you’re going to succeed in accomplishing what centuries of priests and bishops have tried and failed to do!”
Both popes find themselves, of course, in a long line of Church people persecuted by the avatars of the regnant culture. In the earliest centuries of the Church’s life, thousands—including Peter, Paul, Agnes, Cecelia, Clement, Felicity, Perpetua, Sebastian, Lawrence, and Cyprian—were brutally put to death by officials of the Roman Empire. In the fourth century, St. Ambrose was opposed by the emperor Theodosius; in the eleventh century, Pope Gregory VII locked horns with the Holy Roman Emperor Henry IV; in the nineteenth century, Bismarck waged a Kulturkampf against the Catholic Church in Germany, and in the twentieth century, more martyrs gave their lives for the faith than in all the previous centuries combined.
Now why am I rehearsing this rather sad history? In the wake of the United States Supreme Court decision regarding gay marriage, a not inconsiderable number of Catholics feel beleaguered and more than a little afraid. Their fear comes from the manner in which the decision was framed and justified. Since same-sex marriage is now recognized as a fundamental human right guaranteed by the Constitution, those who oppose it can only be characterized as bigots animated by an irrational prejudice. To be sure, Justice Kennedy and his colleagues assure us that those who have religious objections to same-sex marriage will be respected, but one wonders how such respect is congruent with the logic of the decision. Would one respect the owners of a business who refuse to hire black people as a matter of principle? Would not the government, in point of fact, be compelled to act against those owners? The proponents of gay marriage have rather brilliantly adopted the rhetoric of the civil rights movement, precisely so as to force this conclusion. And this is why my mentor, the late Francis Cardinal George, so often warned against the incursions of an increasingly aggressive secular state, which, he argued, will first force us off the public stage into privacy and then seek to criminalize those practices of ours that it deems unacceptable.

He’s not done yet and in fact proffers up some answers to the question, what should Catholics do?  Well worth your time to read his suggestions.

Speaking of what it is we should do, The Anchoress has published her own set of suggestions:

My email is full of people wringing their hands and fretting — really fretting — “how do we fix this? What to do, what to do, what to do?”
What do people mean, when they say they want to “fix” this situation? They mean they want it to be not so; they want to turn the clock back, shove the genie back into the bottle, and the toothpaste into the tube; they want to return to the realities of a few decades ago, when “tolerance” meant “put up with” and the religious right seemed ascendant.
“Fix it, Daddy,” said Zuzu, when her flower petal fell. George Bailey, knowing a fix was impossible, presented instead a gentle illusion of reparation and fullness, as he slipped the fallen petal into his pocket, and handed the bloom back to his little girl.
Zuzu was content with illusion, but we cannot be. There is no “fix it” to this story, and only the truly deluded will continue to assert that there is. When people are awarded new rights, they do not get taken away again, except through a tyranny of governance, which no one wants to see.
Whether those who have lived with rights they have been born to — “privileged” to enjoy, if you like, from the moment of constitutional conception, will lose them under a tyranny of social correctness and eventual legal wrangling is an interesting question. Having enjoyed the right to the free exercise of religion lo, these centuries, we Catholics are already seeing calls for a diminishment of that right, from “freedom of religion” to a mere “freedom of worship”. Says New York Times columnist, Frank Bruni:

I respect people of faith. I salute the extraordinary works of compassion and social justice that many of them and many of their churches do. . .And I support the right of people to believe what they do and say what they wish — in their pews, homes and hearts.

This is muddled thinking that gives lip service to respect; it’s slimy gladhanding as we’re shown the door: “we respect what you’ve done in the public square before, but we don’t want you in the public square, no more.”
It’s illiberal. It is a soft tyranny of sentimentalism that could only credibly arise in a world full of “microaggressions” and “trigger warnings.”
And it is where we very soon will be.

She of course ends on a less gloomier note so please, do yourself, o’ faithful one, the favor and privilege of link-clicking over to her place and read the whole thing, you’ll not be disappointed.

As for me at this moment, I’m choosing to read Fulton Sheen’s words below… and to cling to them. 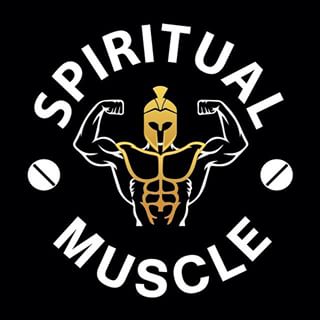