Home
Catholic Thought
“I deem the current pope not a liberal, socialist, or communist, but rather a heretic”

The shrill and ignorant responses to Pope Francis’ encyclical Laudato Si continue to pour in and sadly most of those I’m seeing are coming from those I’m usually allied with.  What follows is from a comment left on Friday’s Wizbang post:

Because of his complete rebuttal of the concepts explicitly stated in the Holy Bible including dominion granted to man, as well as man’s standing as God’s foremost creation; because of his reliance of the statements of historical popes rather than the revealed Word; because of the unbiblical personification of God’s created earth and heavenly bodies; and because of his penchant, even in speaking of the work of creation, to prefer the findings of science over the revelation of scripture, I deem the current pope not a liberal, socialist, or communist, but rather a heretic. May God have mercy on him and the Catholic Church, and may God make Himself known in the redemption of that great body of believers.

Here are the Pope’s alleged ‘heretical’ comments taken directly from the encyclical:

67. We are not God. The earth was here before us and it has been given to us. This allows us to respond to the charge that Judaeo-Christian thinking, on the basis of the Genesis account which grants man “dominion” over the earth (cf. Gen 1:28), has encouraged the unbridled exploitation of nature by painting him as domineering and destructive by nature. This is not a correct interpretation of the Bible as understood by the Church. Although it is true that we Christians have at times incorrectly interpreted the Scriptures, nowadays we must forcefully reject the notion that our being created in God’s image and given dominion over the earth justifies absolute domination over other creatures. The biblical texts are to be read in their context, with an appropriate hermeneutic, recognizing that they tell us to “till and keep” the garden of the world (cf. Gen 2:15). “Tilling” refers to cultivating, ploughing or working, while “keeping” means caring, protecting, overseeing and preserving. This implies a relationship of mutual responsibility between human beings and nature. Each community can take from the bounty of the earth whatever it needs for subsistence, but it also has the duty to protect the earth and to ensure its fruitfulness for coming generations. “The earth is the Lord’s” (Ps 24:1); to him belongs “the earth with all that is within it” (Dt 10:14). Thus God rejects every claim to absolute ownership: “The land shall not be sold in perpetuity, for the land is mine; for you are strangers and sojourners with me” (Lev25:23).
68. This responsibility for God’s earth means that human beings, endowed with intelligence, must respect the laws of nature and the delicate equilibria existing between the creatures of this world, for “he commanded and they were created; and he established them for ever and ever; he fixed their bounds and he set a law which cannot pass away” (Ps 148:5b-6). The laws found in the Bible dwell on relationships, not only among individuals but also with other living beings. “You shall not see your brother’s donkey or his ox fallen down by the way and withhold your help… If you chance to come upon a bird’s nest in any tree or on the ground, with young ones or eggs and the mother sitting upon the young or upon the eggs; you shall not take the mother with the young” (Dt22:4, 6). Along these same lines, rest on the seventh day is meant not only for human beings, but also so “that your ox and your donkey may have rest” (Ex 23:12). Clearly, the Bible has no place for a tyrannical anthropocentrism unconcerned for other creatures.
69. Together with our obligation to use the earth’s goods responsibly, we are called to recognize that other living beings have a value of their own in God’s eyes: “by their mere existence they bless him and give him glory”,[41] and indeed, “the Lord rejoices in all his works” (Ps 104:31). By virtue of our unique dignity and our gift of intelligence, we are called to respect creation and its inherent laws, for “the Lord by wisdom founded the earth” (Prov 3:19). In our time, the Church does not simply state that other creatures are completely subordinated to the good of human beings, as if they have no worth in themselves and can be treated as we wish. The German bishops have taught that, where other creatures are concerned, “we can speak of the priority of being over that of being useful”.[42] The Catechism clearly and forcefully criticizes a distorted anthropocentrism: “Each creature possesses its own particular goodness and perfection… Each of the various creatures, willed in its own being, reflects in its own way a ray of God’s infinite wisdom and goodness. Man must therefore respect the particular goodness of every creature, to avoid any disordered use of things”.[43]

Notice the many Scriptural references.  Notice how beautifully it’s woven together.  Did you notice anything resembling heresy?  I did not.  Now I’ll allow some may have issues with the interpretation… but heresy?  Please.

I love what Cardinal Donald Wuerl, the Archbishop of Washington DC, had to say today to Fox News host Chris Wallace when asked to respond to Rush Limbaugh’s latest shrill and ignorant criticism of Pope Francis:

“Essentially what this papal encyclical is suggesting is that every Catholic should vote for the Democrat [SIC] Party,” Limbaugh ranted last week. “How in the hell else do you interpret it when the pope comes out and sounds like Al Gore on global warming and climate change?”
“This is one of the great blessings of America,” Wuerl replied with a smile. “We’re all allowed to speak our mind even if we don’t have all the facts, even if we don’t have a clear view of what the other person is saying. We’re all allowed to speak our mind, and that’s what he’s doing.”
“I think what the pope is doing is something very, very different from that,” he continued. “He’s saying, why don’t we all discuss this, why don’t we come to the table and before we start eliminating other people from the discussion or renouncing them or even ridiculing them, why don’t we listen to them and see what they’re saying and see where we really ought to be going as a human family?”

There are lots of folks speaking their minds these days absent any real facts and certainly any clarity and the best way to recognize them is in seeing how they deal less with the substance of what the Pope has written and more with using ad hominems to describe who in their minds they believe him to be.

Don’t be fooled by those whose religion is largely politically sourced and ideologically driven.

I’ve already linked to critics who see issues with the encyclical but who also see the much larger picture and the value contained therein.

Cogent criticism based in substance and delivered with respect isn’t a problem.  It’ll add to the discussion the Pope is seeking.

Shrill screeds focused on personal attacks are garbage and should be seen as such. 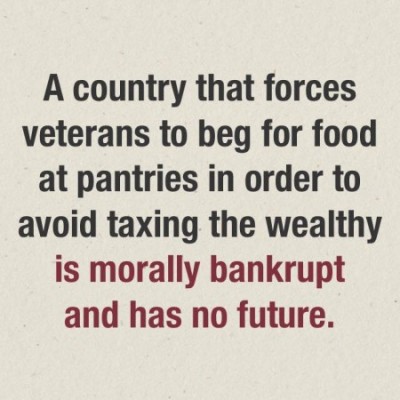