Home
Hillary Clinton
Ummm Hillary! About Those Numbers … Bernie is Catching You

It’s a shock! Well, not to us, but apparently to the major media, they’re so shocked they refuse to discuss it. We’ve reported on how Hillary’s numbers are tanking and why. Now it seems the Democrats are so desperate for an “anti-Hillary” that avowed Socialist Bernie Sanders (?-VT) is catching her in two polls. The survey by Suffolk University found the 41 percent of likely [New Hampshire] Democratic primary voters would back Hillary, while 31 percent said they’d back the Vermont senator, an independent who identifies as a Socialist.

That’s one, and just so you know it’s not an isolated, one-off, here’s another one.

Clinton finished with 49 percent support among those who voted at the state party convention; Sanders finished in second place with 41 percent. Vice President Biden and former Gov. Martin O’Malley (Md.) tied at third with 3 percent. Former Sen. Jim Webb (Va.) followed with under 2 percent, and former Gov. Lincoln Chafee (R.I.) closed out the poll with 1 percent.

You’re probably saying, Come on, she’s 8 and 10 points ahead. Yeah, you’re absolutely right, she’s ahead in both polls. But …

Hillary has universal name recognition. The last number we saw on that showed that 1% of Americans – not voters – said they didn’t know who she was. Bernie Sanders? Well, probably 40% of voters think he’s related to the Colonel.

Hillary has universal TV time. There’s something with a positive spin on just about every nightly newscast. The major media is going out of their way to do their job for the Clinton campaign and for every negative story – and there’s lots of those – they seem committed to run five good spinners to offset it.

And then there’s the money thingy. We have no idea how much either candidate has raised thus far. We do feel like it’s a safe bet that Hillary has pretty much all the money Jeb didn’t get, and Bernie? Bernie’s campaign coffer probably looks like our checking account just before payday.

Even with all of that, Hillary’s only 8 and 10 up on an avowed Socialist. Ugly. 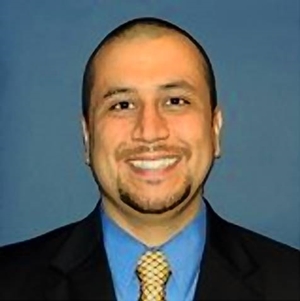