Home
Culture
The Wages of Progressivism are Death. At Least if You’re Black

Baltimore is the poster city for Progressive politics and policy. It’s been under the control – complete control – of the Democratic Party since 1968 and the current leadership in Baltimore is not only all Democrat, it’s all black. And Baltimore is enjoying a resurgence in violent crime.

The death of Freddie Gray and the reaction of the leadership in Baltimore – black Democrats to the core – is causing cops to think twice before responding to crimes in the “black community.” The result is that the “black community” is now getting exactly the policing they’ve been screaming for: none. That has a price.

So far in June, through June 12th, there have be 16 homicides. There were 42 homicides in May, a toll not seen since the 70s.

The sharp rise in homicides is arguably a direct result of the reaction of Baltimore’s Mayor and State’s Attorney to the death of Freddie Gray. Instead of taking a measured pace and letting the investigation into his death play out, they immediately and publicly sided with the rioters.

The Mayor told the police to stand down and let Baltimore burn. The State’s Attorney filed an indictment against six Baltimore cops before the investigation was complete, and it looks like she may have over-charged them. Everyone in Baltimore – and Loretta Lynch, Obama’s new Eric Holder – rushed to judgment not just against six cops, but against the Baltimore PD. Here’s the result. Note that 12 days of June are just one homicide short of 2014. Baltimore is trending to hit 40 murders in June and with school just getting out, we’re betting it will be more.

Who pays the price? Since February 22, there have 100 homicides. Two were white. One was Asian. Three are “Unknown Race.” The remainder, 94 dead Baltimore residents, were black. We’re betting when the three “Unknown” are figured out they won’t add to the “non-black” total.

This is the result of allowing people like Al Sharpton and Jesse Jackson to be considered “leaders” in the black community.

The problem with dead blacks is not with the police. Don’t get us wrong, we’ve got a very long list of things the cops do that we want changed, angels they’re not. But they’re also NOT the problem in the black community. The problem in the “black community” is their fealty to Democratic policies that have trapped large numbers of blacks into a dependency mentality and destroyed the black family.

Until the “black community” is willing to address that problem, it’s going to get a whole lot worse before it gets better. And it is, as the lady in the video noted, going to be a very long, very hot, summer.

Got a Mosquito Problem?? This Will Make it Gone!
"Sex as mere recreation, as contact sport, as a source only of superficial pleasure has produced armies of the desperately sad and anxious"
Tags:Baltimore, Black Community, Black Lives Matter, Racism, Welfare Culture 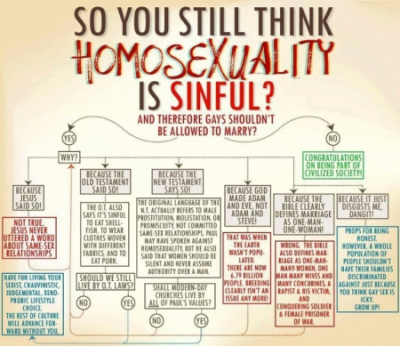