Black lives matter in Baltimore? Not to the black leadership in Baltimore they don’t. Freddie Gray was a punk with at least 17 arrests to his credit. He was not all that long out of prison and was facing felony charges that could send him back to prison when he ran from the cops in April and was arrested.

Gray was taken into custody, appears to have been bounced around in the back of a police van, sustained injuries while in custody and died from those injuries. We haven’t seen, and if the prosecutor, Marilyn Mosby has anything to do with it we won’t see, the results of any investigations into the conduct of the officers charged in his death.

Here’s what we do know though. Cops are tired of being assaulted by the thugs in the black community and then being arrested or hounded off the force when they do their jobs. The net result? Here it is. In May, with a record 42 murders in the city, arrests dropped from about 3,700 in 2014 to just over a 1,000 this year. And as for June’s murders, after 8 days there have been 13 murders in Baltimore. We’ve not been able to find a listing of the dead by race, but we’d bet out of the 55 murders since May 1 a minimum of 54 were black. The “leadership” in the black community isn’t smart enough to realize that by calling the cops off crime is going to go up, and the people who will be real victims will be members of their own “community.”

Here are two cops speaking with a Baltimore reporter.

The political structure in Baltimore – all Democrat, very far left, and all black – are in denial about why arrests are down.

“There’s enough narcotics on the streets of Baltimore to keep it intoxicated for a year,” Batts said Wednesday. “That amount of drugs has thrown off the balance on the streets of Baltimore.” (This is, City Paper notes, a bit exaggerated.) Batts also said that officers have been patrolling in pairs rather than the normal solo beats, which effectively halves the number of patrols.

The FOP offers a bleaker, though related, rationale for the decrease in arrests: Officers are afraid, its leader says. On the one hand, they’re beset by hostile citizens who carefully monitor every arrest, crowding around officers who are just trying to do their jobs and capturing the detentions on camera, lest they turn into another Freddie Gray situation. On the other hand, police are also afraid a prosecutor will haul them in front of a jury.

The armed force that is responsible to keep the peace in Baltimore believes the top of their chain-of-command is out to get the cops. We are more than willing to believe that there are more than a few cops in Baltimore – or any American city – who have no business being on the force. The problem is, what Mosby, etal are doing is not the right way to root out the bad cops. All they’re doing is putting Baltimore’s most at risk citizens at even more risk. 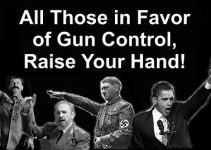