Maine Governor Paul LePage is conducting a “War on the Poor” and the casualties are mounting. The Republican Governor was elected last year on his promise to crack down on welfare abuse and get people “off the dole.” He’s one of our heroes, we need more Governors like Paul LePage.

As we’ve reported here, here, and here, LePage took on the welfare lobby and the Obama administration and he won. His first victory took people off welfare if they were not disabled and weren’t working or doing volunteer work.

Nine thousand people who had been collecting a welfare check couldn’t be bothered to drag themselves off the couch and are no longer collecting a paycheck from Maine’s productive citizens. The left is going crazy.

Next up? Slash welfare to cities and towns that give welfare to “non-citizens.” Not just “non-citizens,” but to the spawn of Barack Obama’s executive orders, illegal aliens.

Maine’s largest city has begun clamping down on spending as newly re-elected Republican Governor Paul LePage makes good on a campaign promise to cut funding to cities and towns that give aid to undocumented immigrants.
In an internal memo released on Wednesday, Portland city officials said they had frozen hiring and cut travel and overtime spending after their requests for reimbursement from the state for assistance provided to families with children in emergencies had gone unanswered since July.
The budget shortfall could grow to as much as $3 million this year, city officials said, a hefty sum that underscores the increasingly local impact of the tense congressional standoff over national immigration reform.

Here’s LePage fielding a question at a townhall meeting. Note the way questioner phrases the question, “Isn’t refusing to give aid to illegals discrimination?”

Also note the response to LePage’s answer. Sounds a lot like a standing ovation to us. Count us in on the applause.

This Guy Learned a Valuable Lesson About His Girlfriend When His Ex Died
Say "No" To Another Democrat President
Tags:Welfare Culture 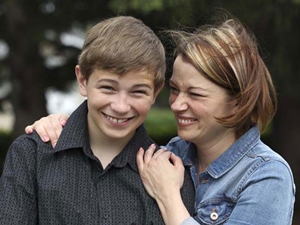