There’s been lots of keyboard pounding in reaction to Bruce Jenner’s sad and deluded decision to believe that despite DNA evidence to the contrary, he’s now a woman.

I’ve seen more than a few people who believe it to be disrespectful, un-Christian even, for anyone to use language that would deny Mr. Jenner’s delusion.

Mark Shea has put up a post, one of his best I think and that’s saying something, I believe counters that sort of foolishness:

What it comes back to, as ever, is not so much that our culture has rejected Christianity completely, but that it only retains bits and pieces of it.  The same people who insist that there is no such thing as human nature (which is inherently sexual) are the people who insist that it is folly to simply treat the environment like garbage and expect no consequences.
…
They get that nature is not infinitely malleable to our will–when it is non-human nature. But under the influence of a concupiscence they do not believe in–but which still believes in them–they seriously delude themselves into believing the lie that our human nature *is* infinitely malleable. And under that delusion, people do a lot of other things to the bodies God gave them besides pretend they are the opposite sex. They deliberately maim themselves. They claim to be members of other species and alter their bodies to try to look like it. They seek happiness in all manner of tormented ways. And increasingly, because we are too lazy to care, we applaud and let them run down these blind alleys because we are ourselves have no idea what the good is anymore and we therefore cling to one of the few goods we know: neglect (which we call “tolerance”).
Now you and I are never going to meet Bruce/Caitlyn. Indeed, the day to day contact most people have with transgendered people is vanishingly rare. And it always will be. There will be a burst of Transgendered Liberation stories in the news now. But it will not really show an uptick in occurrence, merely an uptick in the press jumping on this story. But what we will meet more and more of is the loss of an ability to even conceive of a common human nature and common moral vocabulary. And when the ability to communicate is lost because Newspeak has replaced plain language, what humans historically have shown themselves quite able to do is inflict violence. Transgendered and gay people have been on the receiving end of such violence many times. The way to stop that is not to remove the possibility of a common language by draining words of meaning. Nor is it to engage in Orwellian doublespeak calculated to crush dissent. It is to recover what we truly seek: truth, beauty, love, friendship, and the Source of all these, which is God and not our own weakened will, darkened intellect, and disordered appetites.

This has become a polarizing issue, among Catholics even.  I have been accused by what I’m choosing to believe are well meaning but misled Christians who have suggested it is judgmental and harsh to not call Bruce Jenner what he’s asking the world to call him.  I couldn’t disagree more.

We don’t call alcoholics teetotalers.  We don’t allude to African Americans as Caucasian (despite Michael Jackson’s most fervent wish).  We don’t because words have meaning and we are seeing the social destruction being wrought as the culture decides they don’t.

Thank God for people like Mark Shea and the philosophical underpinnings birthing what the man is saying (Catholic thought).

Do the culture a favor.  Pass this on.  There’s a lot at stake.

Wizbang Weekend Caption Contest™
Why is the TISA Legislation Being Kept Secret? Here's Why! 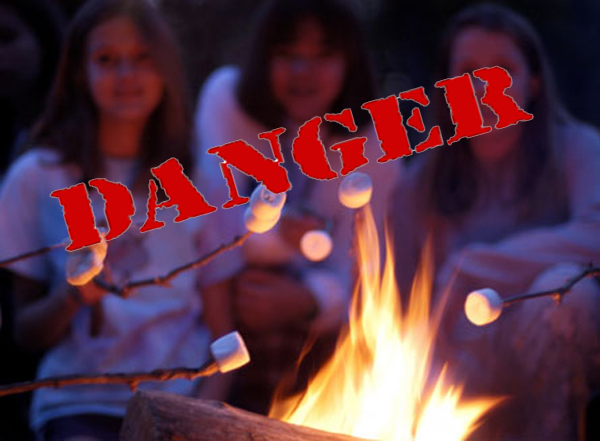