Home
Anti-Semitism
After Obama Slobbers All Over the Mullahs, Ayatollah Calls on U.S. Youth to Join Jihad

On Friday, President Barack Obama slobbered all over himself to come to the aide of the Iranian Mullahs–mostly to spite our Israeli allies. But on the very same day Obama gave the Mullahs his undying love, the Ayatollah urged our own kids to join the world wide movement of violent, Islamist jihad.

On Friday, Obama disgorged a “holiday” statement telling the Mullahs that he was celebrating the Muslim holiday of Nowruz (this one a non-religious holiday). During the statement Obama slobbered all over the wonderfulness of the Mullahs and treated them as America’s true friend.

I say his friends, because these Islamist terrorists are not America’s friends. Obama sure may love them, but they don’t love us. And they never, ever will.

Anyway, even as Obama made such a fool of himself on this wunnerful, wunnerful Nowruz day, the very Ayatollah that Obama said is our fast friend issued a statement of his own. In his statement, the Ayatollah called for our children to join violent jihad and kill all of us.

This is Obama’s great friend.

If you can stomach this creep, here is his video statement:

Obama disgorged a series of lies in his Nowruz statement, but no paragraph was more filled with lies than this one:

As I have said many times before, I believe that our countries should be able to resolve this issue peacefully, with diplomacy. Iran’s Supreme Leader Ayatollah Khamenei has issued a fatwa against the development of nuclear weapons, and President Rouhani has said that Iran would never develop a nuclear weapon. Together with the international community, the United States has said that Iran should have access to peaceful nuclear energy, consistent with Iran’s international obligations. So there is a way for Iran–if it is willing to take meaningful, verifiable steps–to assure the world that its nuclear program is, in fact, for peaceful purposes only.

There are several lies, there, of course, but the biggest one is Obama’s claim that the Mullahs issued a “fatwa” against nuclear arms. This is a flat out lie.

No Ayatollah, no Mullah, and no Iranian has ever issued any such fatwa.

As Andrew McCarthy wrote today, the whole claim is a lie.

The invaluable Middle East Media Research Institute (MEMRI) has done extensive research into compilations of Khamenei’s published fatwas. (See here and here, and citations therein.) No such fatwa has ever been published.

In a sharia state, particularly the one in Iran that is actually run by the country’s top sharia jurists, fatwas are important statements of governing law, like statutes are in the U.S. Yet despite repeated requests, Iran has never produced the purported anti-nuclear weapons fatwa from Khamenei.

McCarthy even notes that Islam is not incompatible with nuclear arms. After all Pakistan is one of the most strict sharia states in history and it has had nuclear arms for decades.

Regardless, Iran has no fatwa on nuclear weapons despite Obama’s lies.
Finally, Obama delivered a final outrage in his Nowruz statement by saying that Republicans are exactly like the Iran’s worst Islamist terrorists.

About the desire for diplomacy, Obama said this:

The days and weeks ahead will be critical. Our negotiations have made progress, but gaps remain. And there are people, in both our countries and beyond, who oppose a diplomatic resolution. My message to you–the people of Iran–is that, together, we have to speak up for the future we seek.

So, there are people “in both our countries” don’t want “diplomacy?? Since when do Republicans not want diplomacy? And how are the hardliners in Iran that want to murder all infidels just like the Republicans in our country? If that doesn’t make your blood boil? Obama you are a cretin. 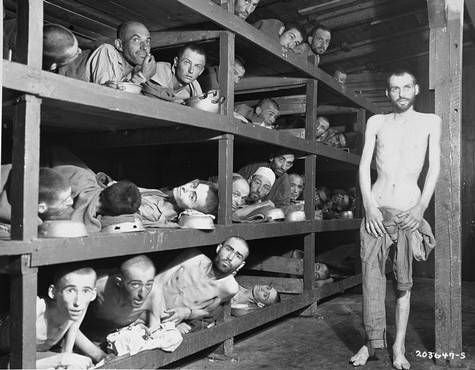