A recent article recommending reparations for slavery in the U.S. in the Baltimore Sun serves as a perfect platform for a point and counter point on the whole idea of paying reparations.

So, in pursuit of that back and forth, I am going to post the whole article intercut with a counter point.

The article was written by Karsonya Wise Whitehead, Conra Gist–yes it took three people to disgorge this rote nonsense–and titled “The U.S. has yet to make good on its promise of reparations to black Americans.”

Conversations about reparations are not about money but about people and about the way that people are seen and valued in our society. These are difficult conversations, and we have found that what is most challenging about the idea of reparations today is the notion that America still owes a debt to black people.

WTH: First of all, the very first sentence is a lie. It is about money. It’s about an assumed entitlement that these pseudo academics in “African American studies” have been pushing for decades in an attempt to legitimize their field of “study.” When you have nothing to study, you have to invent it, after all.

But secondly, no the USA does not owe blacks anything at all. The USA paid for slavery with over the blood of over 600,000 men and women from 1860 to 1865. That is a debt paid in full. The rest has just been working out the details.

We have spent the past eight months wrestling with the question about whether reparations–as Ta-Nehisi Coates so eloquently argued–could ameliorate inequality for black people in America. We believe that the answer to this question is connected to how well one can understand the structures, practices and norms that created the intentional and unintentional persistent pattern of inequality.

WTH: This nice spate of university speak is meaningless. There is no “inequality for black people in America” today. Is there racism? Sure. There will always be some level of it. It is the human condition and money from the US treasury will no more “ameliorate” it than it can eliminate it.

Regardless, the idea that there is a “intentional and unintentional persistent pattern of inequality” is race baiting nonsense. There is no such pattern that persists to the extent that it holds blacks as a group back in America. In fact, if such a “pattern” exists it exists ONLY in the black community itself as opposed to the nation at large. Blacks are the only people holding blacks back.

Because racism was institutionalized in the fabric of American society, it must be fought on multiple fronts–education, housing, employment, health, the criminal system and the criminalization of the black male body–and at various levels through community organizing, legislation, political representation, resource allocation and judicial advocacy. Reparations granted at the individual level would have little to no impact on the removal of institutional and structural barriers to make our society more just and free for black people. Reparations also cannot mandate changes in the norms of society that privilege certain groups in professional and recreational communities, or enforce a change in the biases and prejudicial views of others. They also cannot erase the double consciousness many black people juggle in a society that has yet to realize the provision of equal access to “life, liberty and the pursuit of happiness” for all.

At the same time, we argue that the conversation about reparations–no matter how emotional or difficult or pointless it may seem–must begin with an understanding of what happened in a private meeting on Jan. 12, 1865 in Savannah, Ga. On that day, General William Tecumseh Sherman and Edwin Stanton, the Secretary of War, met with 20 black ministers and asked them a rather interesting question: When the war ended, what did they think that black people wanted?

These ministers (half of which had been born free) were considered to be the leaders of the black community. Their spokesman was Garrison Frazier who argued that black people needed land and they needed to live separate from whites, who were prejudiced against black people. The vote was almost unanimous, with only one nay from a man named James Lynch, who had been born free in Baltimore. Four days after this meeting, Sherman issued his Special Field Order No. 15, which called for the redistribution of approximately 400,000 acres of land to newly freed black families in 40-acre lots (hence the later phrase, 40 acres and a mule). Although the order was later overturned by President Andrew Johnson, the act itself represented a significant moment because the American government made a promise of restitution to black people–a promise that has not yet been realized.

WTH: It is good Sherman’s wasn’t a promise realized because the general had no right at all to make such an unconstitutional promise. Further, the “American government” made no such promise. It was made by a rogue general who had no such power. The “promise” was null and void the second it came out of Sherman’s mouth.

So, nothing was denied blacks based on Sherman’s promise.

Since then, this pattern of exclusion and inequality has persisted through 90 years of Jim Crow and 60 years of the separate but equal period that involved the intentional and strategic exclusion of blacks from federal housing programs, public institutions and opportunities for professional advancement. And while the progress of black people today in comparison with 1865 is undeniable, it is also equally irrefutable that inequitable quality of life indicators for blacks disproportionately persist in 2015.

WTH: All of this was already righted in a multitude of federal laws, state laws, and court cases. So, while the claims are essentially accurate such as they are, they no longer mean anything where corrective measures are concerned.

It is only by facing the historical legacy of unmerited and unchecked power, privilege and opportunity granted to some groups and systematically denied to many others that we can begin to understand why inequality still persists. At the same time, we recognize that a resolute focus on reparations has the potential to mask the complex manifestations of inequality, and silence other strategies and approaches for ensuring that black people can–without inequitable restriction–actualize their dreams with basic human dignity. This is the potential danger of reparations. The sense that once the merited payment is made, discussion of racial inequality in America can effectively end.

WTH: Firstly, inequality doesn’t “still exist” in any appreciable manner. And where it does it is usually ferreted out pretty quickly and eliminated. But the more egregious assumption here is that the writers of this article seem to assume that the “historical legacy” has gone unremarked and needs to be exposed. This is absurd. There isn’t a single American who hasn’t been confronted with the racism, real or imagined, of America’s past. To act as if it has somehow been forgotten is idiotic.

But the authors do reveal the truth of their goals. They don’t want reparations because they are afraid that once paid people may assume that the debt has been satisfied and everyone will move forward in peace and harmony. This is something these racists cannot accept. They want perpetual race outrage so that they can make money off the constantly stirred hatreds. They are looking to secure their faux university jobs as racebaiters and purveyors of “black studies.”

By facing these uncomfortable and horrendous historical realities, it challenges us as citizens to not dismiss the presence of inequality in society, or simply dismiss persistent inequality as a result of the behaviors of a group of people. Rather, as is the case in the recent #BlackLivesMatter contingency, public consciousness raising around reparations has the potential to cultivate civic engagement, discussion and action at many levels and fronts of American life. The reparations discourse is demonstrative of the reality that as citizens we must continue to take up the unfinished work of justice and not be complicit or comfortable with a society that has yet to realize access to equal quality of life for all.

WTH: It is amusing that these racists cite the fake #BlackLivesMatters movement because it is based on lies just like their central thesis that discrimination in the USA has never been addressed and is still just as bad as it was before the Civil War.

Certainly we don’t want our history to be sanitized to eliminate the racial problems we’ve collectively experienced merely in order to promote a harmonious future. I, for one, am of a mind that past slights of all sorts should always be included in our history books. But to focus solely on the negative without balancing that with what went right is an evil we must avoid.

The fact is, the USA started with equality in mind and implemented it the best we could in a time when equality was utterly unthinkable. Further, even though the equality imposed was flawed our system was created to eventually bring full equality to fruition and to do so entirely in keeping with our founding principles. So, to assume that the nation was “founded on racism” is an idiotic, ahistorical lie and those who proclaim these lies are un-American, destructive, and should be made a laughing stock. 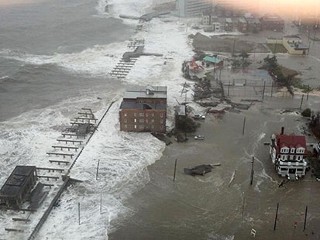