The problem with discouraging the traditional, two-parent family is that children born of a one parent family (or even living with no parents) are generally forced into asking for support from outside the family–whether it be from government or community–or going without any help at all.

In the case of the former it reinforces the expectation that others are required to give you a handout and in the latter it engenders despair, hatred, or anti-social behavior.

Both are bad for society and the nation.

In contrast, a two-parent family is optimal to lend the support that a child needs to grow up better adjusted to life as a productive member of society.

This is not to say that every two-parent family is perfect. Some are monstrous, certainly. But it is factual to say it is generally optimal compared with the alternative and society should continue to uphold the two-parent, traditional family as the better choice for our children.

It is also not to say that any non-traditional family is an automatic evil. But again we should always look to promulgate the optimal first and settle for lesser choices later.

Society, then, becomes the main beneficiary of the family.

So too, does the Constitution serve as the contract for our own society, just as the family serves as the support system for the individual. And our Constitution sets up an expectation that each citizen will inculcate the ideals and act with a virtuous spirit to exist within these constraints to avoid an anarchic state of nature.

We must give the individual as much freedom as possible, certainly, but the citizen must also act to constrain himself for the common weal of society. This restraint is learned from our founding principles based in both the Scottish Enlightenment and Christian ethics.

Liberals, however, want the utter destruction of our founding ideals.

In one case, for instance, liberals like to imagine that property rights are only “rights” because the government is there to protect them and if, in pursuance of the public good, those rights need to be abridged, then so be it. After all, government is the source of the right.

In contrast, in the proper conservative view, property rights are inherent and the role of government is to punish those who try to trample that right, not to act as the authority delivering its beneficence to the people.

And progressives are even worse in their disregard of society because in their arrogance they imagine that they individually should be given the god-like powers to issue edicts merely because of their superior intelligence—presidential advisor Cass Sunstein is a perfect example of this.

At one time liberals maintained that the social sciences could create the perfect system and that a field of experts should be given the right to rule us and that in turn we should recognize their science and accept their benevolent rule.

But today progressives have done away with their claim that science rules and now their only contention is that they are simply “right” about everything because they have accepted the current politically correct dogma and we lesser humans need to bend to their will… period.

Worse, we are expected to fully accept with no logical proof or underlying ideals that their PCism can change with the whims of the cognoscenti and that their constantly shifting rules are obviously for the good of all of us.

This, of course, sets up a society where no idea, no rule, no principle is permanently “right” or good because it can all pivot on a dime on the whim of our betters.

The liberal mind destroys society because as a result of their ideas there can’t even be a semi fixed idea of what society is. In the end it is eat or be eaten because doing something for your neighbor only leaves you open for personal destruction.

Ultimately, the left’s assignment of what is right and good is entirely arbitrary and without truth. 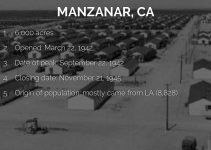