On Monday, the Agence France Presse was caught illegitimately trying to make Israel the bad guy again by saying that the Israelis flooded part of Gaza in order to kill Muslims. The AFP claimed that the Jews opened floodgates of area dams to let the water flood in. But it turns out that the whole story is an outright lie and the wire service quietly revoked its false story.

The lie-filled story was titled “Gaza village floods after Israel opens dam gates,” and it told the tale of how the eeevil Jews tried to kill innocent Palestinians in Gaza.

But it turns out that AFP lied. In fact, there aren’t even any dams in the area to for the Jooooos to open.

“The claim is entirely false, and southern Israel does not have any dams. Due to the recent rain, streams were flooded throughout the region with no connection to actions taken by the State of Israel.”

“Prior to the storm, the Coordinator of Government Activities in the Territories allowed the transfer of four water pumps belonging to the Palestinian Water Authority from Israel into Gaza to supplement the 13 pumps already in the Gaza Strip in dealing with any potential flooding throughout the area.”

“In addition, Nechemia Shahaf, the head of the Drainage Authority for the Shakma-Besor Region, confirmed to CAMERA that there are no dams which can be opened and closed in southern Israel. “Shahaf said, “There is a diverting dam one meter high which directs water to reservoirs. This is a low dam which cannot be opened or closed.” He also noted that the singular dam, which cannot be opened, is next to Kibbutz Gvulot, and approximately 20 kilometers away from Gaza.

AFP eventually pulled the story when their lies were revealed. Naturally MSNBC is still playing the lies as “news.”

Liberal Media vs. Scott Walker
Could Obama be right about something? 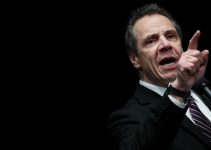