Here we have yet another example of why unions should never, ever be allowed for government workers. A union that claims to represent police officers in Moriarty, New Mexico, is attempting to force the city to negotiate raises for officers quite despite the fact that the union doesn’t count a single member of the force as a member.

You read that right. A union with no members is claiming that it has the power to force a city to give police officers raises courtesy of the taxpayer.

Back in 2010 the city’s officers did vote to invite a union to represent them but when all was said and done only two officers joined the union. The majority refused. And since 2010 the two officers that did belong to the union have since left the force leaving the American Federation of State, County and Municipal Employees (AFSCME) without even a single member on the force.

Yet, AFSCME is insisting that they have the right to negotiate raises despite not having a single member for which to negotiate.

As Olaf Ekberg writes, the union told the city, “Please be advised that AFSCME is still the exclusive representative for the officers and please relay to all those involved that to deal directly with the officers would constitute a prohibitive practice as in direct dealing.”

Absurdly, a union-facilitating state law says that the city can’t even talk to the officers without their union representative present, but without any members and no representatives, that makes any discussion at all impossible.

Naturally the city is flummoxed and feels that its ability to operate its department for the public safety is being hampered… which it is.

But more specifically, the union is preventing the officials elected by the voters to administer government from being able to do their jobs. Every single voter is being disenfranchised by this union. Worse, state legislators bought off by big unions have created illicit laws that force cities to deal with unions thereby codifying in law the elimination of voters from having any say in their government and compliant, pocketed judges have cemented the farce in case law.

Once again we see a clear example that public employee unions are antithetical to good government and should be eliminated. 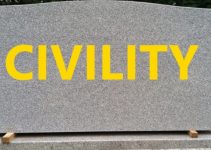