The Clint Eastwood directed film American Sniper has been setting records all across the nation. But the longer it sits in theaters, the more that liberals come to hate the movie–and by extension our soldiers–and the film is exposing quite a split between Americans and the left. The latest to attack the film, our soldiers, and the film’s fans is former DNC chief Howard Dean.

A week ago one of Hollyweird’s greatest douchebags, Michael Moore, came out to slam the man American Sniper was based on calling him a “murderer.”

On January 18, Moore took to his Twitter account and said, “My uncle killed by sniper in WW2. We were taught snipers were cowards. Will shoot u in the back. Snipers aren’t heroes. And invaders r worse.”

Only a few days later, one-note “actor” Seth Rogen came out to claim that the movie was just like Nazi propaganda.

There have been others on the left who have expressed similar anti-soldier sentiments, one of whom is former head of the Democrat National Committee and one-time Governor of Vermont Howard Dean.

Dean’s latest harangue against the movie occurred during his visit to Bill Maher’s political talk show on HBO.

“There’s a lot of anger in this country, and the people who go see this movie are people who are very angry,” Dean of the film said on Friday’s broadcast.

Speaking of the hero of the film, Navy SEAL Chris Kyle, Dean said, “This guy basically says, ‘I’m going to fight on your side.'”

“I bet you if you looked at the cross-section of the tea party and people who see this movie there’s a lot of intersection,” Dean added.

The most common line of criticism we are seeing from the left is the claim that our soldiers are just “psychopaths” given permission by our government to murder people. But Democrats and other anti-Americans truly hate this movie.

Despite the attacks by the anti-American left the movie has been smashing records like crazy. In its second weekend at the box office the movie earned a staggering $64.4 million and has now become the number two war film of all time at the American box office. So far it has earned over $200 million in the two weeks it has been out at the theater.

In fact, the movie only dropped off 28 percent in its second weekend, the best staying power ever for a movie that opened at $85 million. This is amazing as few films are able to even hold the drop off to anywhere above 50 percent.

The Hollywood Reporter even reports that the film is doing well overseas where one might not think it would.

Overseas, the decidedly pro-American film earned another $17.6 million from 26 markets, bringing its foreign total to $47.5 million and global haul to $247.6 million. Sniper is a tough sell overseas, but is pulling in solid numbers in Europe and Australia (and it’s a blockbuster in Italy, where Eastwood is an icon).

The more Democrats and leftists slam this movie juxtaposed with the bigger of a hit this movie becomes gives us a perfect example of how far outside the mainstream liberals are in America. 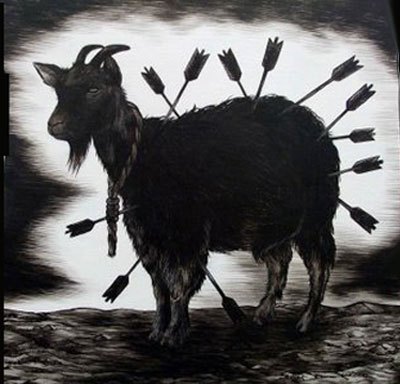