President Obama couldn’t have proved his hypocrisy better at this year’s State of the Union speech than when he called for bipartisanship and reaching across the aisle but only seconds later slammed Republicans as working to take the vote away from people and taunting them with “I won.”

About halfway through his Santa Claus of the Union speech, President Obama once again loosed his tired claim that he is interested in the ideas Republicans have. He once again lied about how he is ready to leave partisan politics behind and is ready to reach across the aisle. This year he had a new catch phrase for it saying several times that we need “a better politics,” one where both parties work together.

But only seconds after he made that call he went on to claim that Republicans are trying to take the vote away from people, and taunted the GOP that “I won” two elections.

Obama’s hypocritical call for “A better politics” was something he described as, “one where we appeal to each other’s basic decency instead of our basest fears.”

A better politics is one where we debate without demonizing each other; where we talk issues, and values, and principles, and facts, rather than “gotcha” moments, or trivial gaffes, or fake controversies that have nothing to do with people’s daily lives.

A better politics is one where we spend less time drowning in dark money for ads that pull us into the gutter, and spend more time lifting young people up, with a sense of purpose and possibility, and asking them to join in the great mission of building America.

This from the man who launched a TV ad in the last election that called his opponent a murderer, a move even the left-wing CNN called a blatant lie.

This appeal to bipartisanship is coming from the president who has not once, not ever reached across the aisle to work with the opposing party. Not as president, not as a Senator from Illinois, hell not even when he was an average everyday state lawmaker!

The fact is, Obama is one of the harshest, most partisan presidents in American history.

All that aside, the niceties of calling for bipartisanship is de rigueur for this liar in chief. He’s shoehorned this blather into every State of the Unions speech, so perhaps it should not be much of a surprise that he did so again. But only seconds went by before he made the lie to his own claims of wanting bipartisanship.

Firstly he warned of veto after veto. The new session of Congress has barely started but in this speech Obama already noted that he won’t work with Congress. Despite claims for “a better politics,” Obama essentially shut down every GOP idea on the agenda.

But tellingly, only seconds passed after his call for bipartisanship when Obama accused the GOP of trying to take the vote away from people:

We may go at it in campaign season, but surely we can agree that the right to vote is sacred; that it’s being denied to too many; and that, on this 50th anniversary of the great march from Selma to Montgomery and the passage of the Voting Rights Act, we can come together, Democrats and Republicans, to make voting easier for every single American.

Obama was clearly talking about voter ID laws that he has directed his Attorney General to attack. But it’s a blatant lie, this business about trying to take the vote from people. No one is trying to do that. Making laws to stop vote fraud and assure the integrity of the voting rolls is not the same thing as trying to stop people from voting. But the big Democrat lie is that they are one and the same.

So much for his notions of playing nice. Only a few short paragraphs after calling for “better politics” Obama resorts to the same old partisan lies.

Then came the taunts. Two more paragraphs after the lie about voter ID laws, Obama said, “I have no more campaigns to run.

This brought some smattering of applause from the GOP. As soon as the clapping stopped Obama reverted back to President “I WON” by saying, “I know, because I won both of them.”

So, once again we see the most petulant president in American history, one who lies at every turn, one who mouths the nice words of cooperation but plays politics in a more partisan manner than any American president ever has.

Obama is truly the divider in chief. 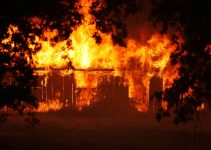