For those unaware, for much of the last two years DC Comics has been retooling the Batgirl character as a gay friendly, trans friendly, and Muslim friendly comic book. Early in 2013, for instance, Batgirl’s alter ego Barbara Gordon moved in with a bisexual character named Alysia Yeoh.

Yeoh was presented as an Occupy Wall Street-styled female activist, bartender and fine artist. She was of Singaporean descent and sported an undisclosed secret that she later revealed. Ultimately this character told Gordon that she is really a he and bisexual as well.

Barbara Gordon also became friendly with a Muslim girl named Nadimah who along with her brother Qadir work in the robotics department of the school that Gordon attends.

DC has been selling this re-tolled Batgirl as a book that should appeal to “young female readers.” In other words, they want to inculcate support for gays, transvestites, and Muslims in young, female readers.

So, there have been numerous trans and gay characters and plot lines added to the book since 2013 and all this had the gay and trans community abuzz with delight. But all that came crashing down with December’s Batgirl number 37.

In the offending issue the big baddie was a character named Dagger Type, an artist who readers came to find out was a transgender “woman.” This character was portrayed as dressing like Batgirl–but in a more flashy, sequin-festooned costume–and going around the city and breaking the law, posting selfies as she went, all to damage Batgirl’s reputation. Trans fans were incensed at this whole concept. Firstly they were upset that a trans character who presented as a woman was “about to be” called a man by Batgirl, meaning that the trans character’s self assigned gender role was being demeaned by the hero of the book.

But the trans community was also upset that a male cross-dresser was presented as a bad guy and that men who dress as women were presented as deceitful and mentally unstable.

The story line was called transphobic and transmisogynistic by many detractors in the comics fan community.

Batgirl 37 was variously accused of using a “tired transphobic trope,” illicitly “queering the villain,” and being “hugely destructive to transkids.”

The criticism came in so strong that DC Comics finally apologized for the story and for offending the trans community.

One of the writers of the series, Cameron Stewart, posted on Twitter to apologize for the “mistakes” made in Batgirl 37.

Stewart noted that the writing team had “heard the complaints” and was “listening carefully” with “grave concern.”

The writer said that they understood the “legitimate reactions that some have had to this story” and proclaimed those reactions as “honest and heartfelt.”

Stewart went on to say,

We want to acknowledge the hurt and offense that we’ve caused, and express our sincerest apologies. We’re deeply troubled by the reaction to this issue and have made it a point of serious discussion amongst ourselves. While we expected a degree of controversy in regard to the issues of identity and the artistic process that this story was meant to evoke, we do now realize that our presentation of this character was flawed, for any elements whatsoever of the story to have reminded readers of the sordid and misguided tropes that associate both drag and gender expression with duplicity.

We deeply regret upsetting readers who placed their trust in us. But we’re indebted to those who stand up to speak out about their perspective on stories like this–their commentary leads to universally better storytelling, from both ourselves and others, and we hope to live ip to that standard on the future.

The writers of Batgirl left it all at that as issue 38, which just hit the shelves this week, does not mention the controversy and the Dagger Type character has been left in the past.

Here is the whole page… OPEN THREAD: Have the Oscars Become 'Too White'?
Pope Francis vs. Free Expression??? 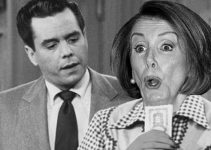