A little over a year ago, we observed the 50th anniversary of the assassination of JFK. The Washington Post wasted no time in forging a link between the contemporary “Tea Party” and the so-called “climate of fear” that assorted right-wingers created in Dallas in the early 1960’s. The Post editorial concluded, “Sen. Ted Cruz would have been quite comfortable in Dallas 1963.”

It’s almost become ritual for leftist media figures to trip over themselves in the stampede to be the first to link the “Tea Party” (or one of its personifications – Michele Bachmann, Sarah Palin, Rand Paul, Ted Cruz) to any act of domestic violence. After a crazed gunman mowed down patrons in an Aurora, CO movie theater, ABC’s Brian Ross immediately reported that he found a “Jim Holmes of Aurora, Colorado” on the Colorado Tea Party website. Two years earlier, a reporter noted on-air that the suspect in the fire bombing of Rep Russ Carnahan’s (D-MO) office “certainly fits the demographics of a Tea Party member.”

And there were more – the suicide of Census worker Bill Sparkman; the “Times Square Bomber;” the airplane that crashed into the IRS building in Austin, TX. All immediately blamed on the Tea Party.

Perhaps the mainstream media sunk no lower than after the Boston Marathon bombing last year, with virtually every major media outlet not only speculating that “right wing” or “domestic” or “Tea Party” extremists were responsible for the bombing, but actually hoping that the suspects would be angry conservative Americans.

We just can’t seem to catch a break, can we? Whenever conservatives come together in public demonstrations, we create a “climate of fear.” We’re dangerous, subversive extremists. Conservative talk radio incites violence. The NRA is responsible for every gun-related death in America.

But when leftists take to the streets? Hey, no problem. Hoodlums smash downtown Portland in 1999 while “protesting” the WTO meeting? Just a few excited kids, nothing to worry about. Occupy Wall Street protests spawn hundreds of cases of vandalism, assault, rape, robbery, looting, and Occupy leaders urge participants to not report crimes to the police? It’s a peaceful protest movement. PEACEFUL! Ignore what your lying eyes are telling you!

And when assorted thugs, looters, agitators, and vandals burn Ferguson, MO in the wake of a grand jury’s decision not to indict a police officer who shot an unarmed black man who aggressively resisted arrest? Understanding. Justification. No condemnation for the man who screamed “burn this bitch down.” Non-violence advocates who showed up were quickly shouted down and shoved aside.

Or when a mob organized by Al Sharpton’s National Action Network marches through the streets of New York chanting “What do we want – Dead cops!! When do we want it – NOW!!” after a grand jury fails to indict an police officer who held a black suspect in a choke hold until he had a heart attack? Crickets. Likewise for a music video entitled “Hands Up” that features images of two black men holding guns to the head of a white police officer, as well as cameo appearances by attorneys from the New York City public defender’s office.

After Rep. Gabby Giffords was shot by a mentally disturbed gunman who believed that he was the victim of government mind control, leftist bloggers wasted no time holding Sarah Palin personally responsible for the shooting, simply because she had participated in the creation of an obscure piece of campaign literature that included a graphic of a cross-hair symbol over Rep. Giffords’ congressional district. Deeply concerned liberals immediately called for “civility” in public discourse and an end to “incendiary” political rhetoric. From conservatives, of course.

Now, isn’t it interesting that those same deeply concerned liberals are suddenly nowhere to be found in the wake of the Ferguson looting and riots, and the revenge killing of two innocent NYPD officers? I suppose “What do we want – Dead cops!” and “Burn this bitch down” aren’t nearly as incendiary as a campaign flier that bears Sarah Palin’s name.

What we seem to have here is a very clear case of climate denial. Liberals seem to be utterly incapable of admitting – or maybe even understanding – that justifying and encouraging violent behavior most likely will result in an increased number of people engaging in violent behavior. Instead, liberals would rather take peaceful gatherings of middle class conservatives and sensationalize them into the next Beer Hall Putsch.

There is definitely a climate of hatred, distrust, and violence in this country that did not exist five years ago. The institutionalized left, which has breathlessly promoted urban myths of “white privilege,” “rape culture,” “homophobia” and “racial profiling” that have often collapsed under scrutiny, surely bears part of the responsibility. So does a politicized Justice Department that clearly has no interest in pursuing cases unless the victims are part of a recognized oppressed minority. And a President who has repeatedly taken sides in emotionally-charged high profile cases, rather than seeking to be the leader of all Americans.

We should also pin responsibility on those who argue that violence is justified and understandable. We may be able to see why people are angry, but violence is never justified. Ever. And if we are going to say that justice requires us to pay special attention to specific groups of people, then we should be willing to listen without judgment to all groups of people who are painted over with the broad brush of bigotry – particularly when such smears are done in the name of “justice” or to promote a politically correct social narrative. The former Duke University lacrosse team would certainly have a lot to say on that subject.

In a little less than one month, we will be paying tribute to a man martyred because he stood up to violence and hatred, and showed an oppressed group of Americans how to fight injustice while promoting peace and love for one’s enemies. I am truly saddened by the fact that contemporary progressives and civil rights leaders seem to have entirely forgotten the lessons of Dr. Martin Luther King. We will still be living in the poisoned climate that their actions have created, even as they pay lip service to the legacy of Dr. King; which, like so many other things that the Left once cherished, seem to be no more than a slogan on a faded bumper sticker. 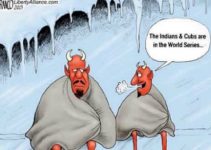 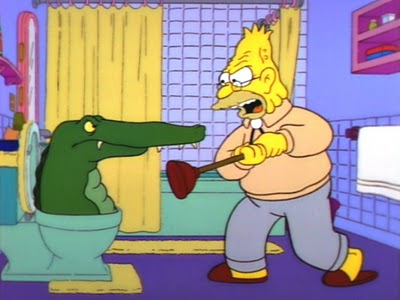