Home
Stuff We Missed
The Pope and the President Are you having trouble figuring out Pope Francis? If you are, then FoxNews.com has a book for you to read.

Here are excerpts from a recent FoxNews.com article about the newly-published book The Great Reformer: Francis and the Making of a Radical Pope, written by Dr. Austen Ivereigh.

Austen Ivereigh, journalist and former adviser to now-retired British Cardinal Cormac Murphy O’Connor, argues in “The Great Reformer: Francis and the Making of a Radical Pope” that, like his home country of Argentina, left-right paradigms do not adequately define Jorge-Mario Bergoglio, but this makes him no less revolutionary for an institution frequently defined by its wariness to change.

The thrust of Ivereigh’s book is that only by delving into Francis’ past, particularly his Jesuit background and his acceptance of certain forms of Peronism, can the reader understand his plan for the Church. Peronism — a movement launched by former-Argentinian president Juan Peron — rejects both capitalism and socialism and advocates a third way based on social justice, nationalism and state involvement in the economy.

Bergoglio came to respect Peronism for the way it articulated the values of the people and their traditions. It leads, in Ivereigh’s view, to a Bergoglio who rejects Marxism and neo-liberalism as ideologies that place ideas above people, especially the poor. Ivereigh uses as an example Bergoglio’s position after the Second Vatican Council (1962-5) where he embraced the Council’s “preferential option for the poor” without sliding into the camp of some progressive bishops and clergy, who blended church teaching with Marxist ideology.

“He had a particular understanding of the renewal which was anti-liberal and anti-Marxist. He’s a nationalist, comes out of a nationalist Catholic tradition in Argentina … which tends to value the values of ordinary people and the traditions of Argentina and would see the Enlightenment as being foreign to that tradition,” Ivereigh told FoxNews.com. “So he wasn’t a conservative, but he had an understanding of the Council that was at odds with a certain kind of progressive view.”

Ivereigh’s Francis is a complex man full of surprises and contradictions, trying to balance faithfulness to the Church’s doctrines with an evangelical passion for bringing people to Jesus Christ, and trying to helping the poor spiritually and politically without embracing Marxism. “The Great Reformer” does not solve what Ivereigh calls the “Francis enigma” but it does go a long way to shining light on the pope’s background, how he thinks and what he has in store for the Church. While FoxNews.com was interviewing Dr. Ivereigh, our roving reporter was uncovering some little-reported information about President Obama. If a single picture is worth a thousand words, then … Yep, the above photo shows Obama wearing a Jewish yarmulke (kippah) while praying at the Western Wall, the remains of the last Jewish Temple in Jerusalem. TheKotel.org states, “We all know that the Western Wall, the Kotel, is the most significant site in the world for the Jewish people. We know that it is the last remnant of our Temple. We also know that Jews from around the world gather here to pray. People write notes to G-d and place them between the ancient stones of the Wall.”

The above image of Obama isn’t a fluke (and it isn’t photo-shopped, either). In 2009, Obama became the first President to host a Passover Seder in the White House.

If Obama favors Jewish ways, then that would explain a part of his personality. It is widely known that Obama will occasionally drink beer, which is an alcoholic beverage. Muslims aren’t permitted to drink alcoholic beverages, but Jews are allowed to, as Rabbi Tuckman reveals. Actually, Devarim/Deuteronomy 14:26 of the Tanakh says that Jews can drink alcoholic beverages, but it is more fun to learn from Rabbi Tuckman.

Anyway, what do Pope Francis and President Obama have in common? The answers are …

A) Both men have imitated Dizzy Devil by wearing a beanie, although Dizzy’s beanie is better. B) I have always wondered what it would look like if the two men mud-wrestled each other. Now I now. (What? Haven’t you ever wondered that, too?)

C) Both men are public figures who are sometimes misjudged by their critics.

It isn’t wise to have a cocksure attitude about one’s ability to accurately judge others, because God alone has the ability to make absolute perfect judgments about people. Fallible Humans can’t see into people’s hearts. Only God can do that (1 Samuel 16:7).

For people who don’t believe in God’s existence, there is always Rabbi Tuckman’s sacramental wine, or if they prefer to make absolut judgments, then there is … 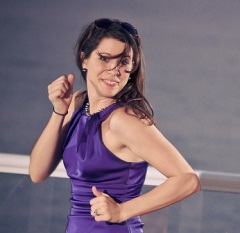 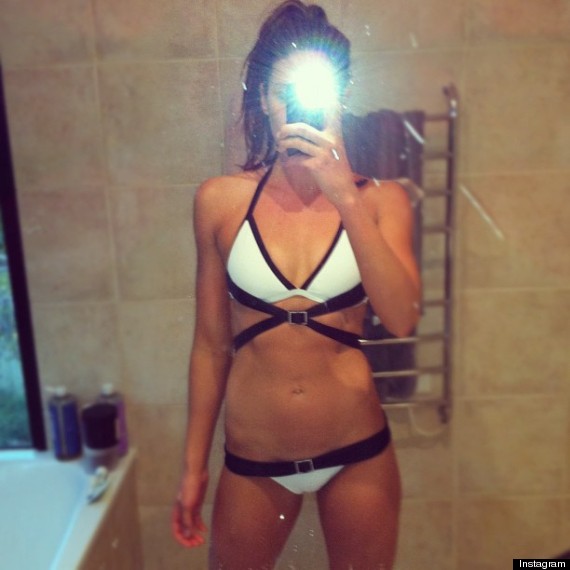