The police Chief of Austin, the most left-wing city in Texas, is demanding that citizens tell police if they have a friend, neighbor or family member who loves guns. You read that right. Just like in Soviet times when the KGB demanded that people inform on each other, this officer of the law is demanding that citizens snitch on anyone that owns a gun so police can create some sort of hit list of gun owners in the city.

In a December 1 press conference, Acevedo said that it was his job to “vet” people who own guns. Apparently, Austin Police Chief Art Acevedo thinks it is his job to go door to door to assess whether citizens should be allowed to exercise their Second Amendment rights.

During the presser, the chief said the following:

“That’s why it’s important for us as Americans to know our neighbor, know our families. Tell somebody. If you know somebody that’s acting peculiar, with a lot of hatred towards any particular group, especially if you know somebody that’s a gun enthusiast or is armed with these types of firearms and they’re showing any type of propensity for hatred–it doesn’t mean that we are going to go ahead and take them to jail but we might want to vet these people.”

So, let us reiterate the law: No, Mr. Acevedo, it is not your job to “vet” citizens as to whether or not they should be allowed to have fire arms.

You are describing a thought crime, Mr. Acevedo. Your job is not to decide if someone is thinking badly. Your job is to investigate crimes, not stop them. You are a police officer, not a mind reader.

The problem with this snitching and “vetting” idea is that it is a slippery slope that is so prone to abuse. Don’t like your neighbor? Call Chief Acevedo to bring his iron “vetting” boot down on that neighbor because he owns a gun. Mad at your gun-owning dad? Bring Acevedo’s KGB “vetting” squad down on him. Maybe Acevedo doesn’t like someone and finds out that someone owns a gun. Acevedo could turn his political enemy’s life upside down with that “vetting” process.

It may sound nice to some to be able to “vet” gun owners. But it is wholly unconstitutional and ripe for government abuse. 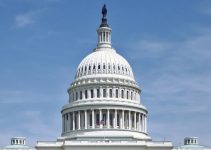