A group of some 24 liberal mayors from across the country have come together in order to help President Obama implement his amnesty policies.

Dubbing themselves “Cities United for Immigration Action,” mayors from such cities as Los Angeles, San Francisco, Detroit, Atlanta, Baltimore, Washington DC, and Philadelphia plan to hold a meeting in New York next Sunday and Monday to discuss ways to help Obama deliver amnesty to millions of illegals.

The group claims it stands for “welcoming and inclusive cities that prosper, and the president’s action on immigration will help.”

On its website, the group claims that amnesty will “strengthen our cities.”

“Let’s strengthen our cities,” the group says on its website, “by keeping families together, further growing our economies, and fostering additional community trust in law enforcement and government.”

“We are ready,” the mayors said in a statement, “and together we’re rolling up our sleeves to turn this policy into a better reality for millions of hardworking people in the communities we serve,” the statement added. “While we continue to urge Congress to enact comprehensive and long-lasting reform, the president’s action will help many immigrants gain the opportunities, skills and status to reach their fullest potential, which will help America’s cities prosper.”

The president’s executive order created a new program called Deferred Action for Parental Accountability, or DAPA, that is set to launch next spring that will present a challenge to cities and states to implement. Another major problem will be the hundreds of thousands of children that will flood local schools all across the country.

But the President’s executive orders could still face opposition in a Congress that will be in the hands of the Republicans next year. Senator John Cornyn (R, TX), for one, recently wrote an Op Ed for National Review laying out “the case against Obama’s Amnesty.”

Another Senator, Jeff Sessions (R, AL), called on Congress to refuse to fund Obama’s amnesty and a recent report from the Congressional Research Service said that Congress could, indeed, block funding for Obama’s amnesty. 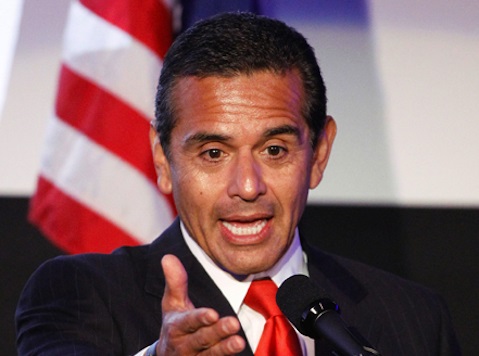