If you are a US Senator that supported Obamacare and/or one who supported the vaunted “Gang of Eight” senators who were seeking immigration compromise you are preparing for a long retirement back home in most cases because voters threw you out on your ear.

All these Democrats have been sacrificed on the altar of Obama.

First of all, you’ll recall that back in 2013 a group of eight US Senators got together supposedly to buck the gridlock and come to a compromise on immigration. The media loved these guys and hailed them as all that is good about Washington.

After weeks of deliberations the four Republicans and four Democrats put forth their proposal. So, how did some of the Democrat Senators who voted in favor of that bill fare on Tuesday? Not too well, it seems.

It should be noted that the 2013 compromise never became law.

But the loses above pale in comparison to the number of Obamacare-voting Democrat Senators who have been fired. Fully 28 Senators who voted for Obamacare are now history.

Now all of these 28 didn’t get voted out of office, granted. In fact, three of them died in office (Democrats Robert Byrd, Daniel Inouye, and Frank Lautenberg). Eight of them left office because they knew they couldn’t win re-election and one, John Kerry, left to become US Secretary of State.

That leaves 17 Senators who were cashiered out of Washington, fired by the people, and sent home with their tails between their legs.

That is quite a list of US Senators who are no longer in office who were connected to “comprehensive” immigration reform and Obamacare, isn’t it? Shouldn’t this be a warning to the GOP to fight amnesty and repeal Obamacare? 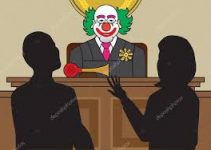