Well, U.S. Secretary of State John Kerry is proving that he is a good anti-American liberal. In a recent comment he noted that all the world’s problems were cause by the USA.

Kerry was speaking at the Washington Ideas Forum on October 30 and said that the world was “complicated” and made worse by the “worst stereotypes” perpetrated by the United States.

At one point, Kerry noted that the US wanted a less sectarian government in Iraq in order to help defeat ISIS. But this goal has been hard to achieve because of the USA itself.

“The United States couldn’t just crash in and say, ‘Hey, you’re out,” Kerry said. “Here are the guys that are in.’ That’s not our–it would be playing into all of the worst stereotypes that have brought us to the difficulties we’re living with today.”

So, here we have a national leader saying his own nation is responsible for all the problems in the world today!

But this is a typical liberal refrain. In the left’s opinion the United States of America is an evil visited upon a world filled with innocents. Liberals truly hate this country and feel that everything wrong in the world is our fault.

This is part and parcel to Obama’s intention of knocking the USA down a few pegs, making her weaker, destroying her economy, and undermining her security, her military and her culture.

In the minds of liberals the United States is a virus that needs to be destroyed and John Kerry is living up to that precept quite well. 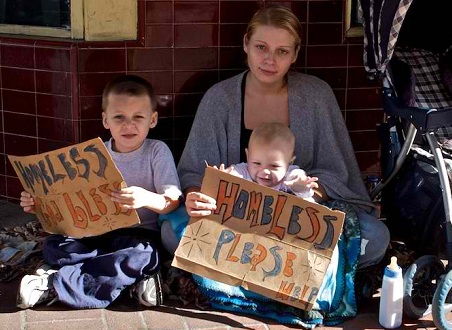