An Islamist with a hatchet attacked four New York City police officers on Thursday in an incident that officials are at last calling an act of terrorism. Yesterday I criticized authorities for not calling this what it is. So, now I praise them for reversing that decision. On October 23, a Muslim convert named Zale Thompson rushed up to four officers participating in an impromptu photo shoot in Queens. Without saying a word, Thompson began to swing the 18-inch ax at the officers.

One officer, 25-year-old Kenneth Healey, suffered a head wound and officer Joseph Meeker, 24, received a wound in the arm. Both officers are NYPD rookies. Haley is still in critical condition.

The officers quickly shot and killed their attacker.

The early line from authorities was that Thompson was “just an angry guy.” ABC News reported early on the 24th that officials were dismissing the attack saying that Thompson was not connected to any terror group.

But by evening, the NYPD had officially declared the attack an act of terror, though still that of a “lone wolf” terrorist.

Bratton characterized Thompson’s intent as being meant to terrorize.

NYPD’s Deputy Commissioner for Intelligence and Counter-terrorism John Miller went on to describe Thompson’s writing on the Internet as anti-American.

“The common thread going through those conversations,” Miller said, “are anti-western, anti-government, and in some cases anti-white.”

In one posting, for instance, Thompson wrote about ways to defeat America’s military might. “Helicopters, big military will be useless on their own soil. They will not be able to defeat our people if we use guerrilla warfare. Attack their weak flanks,” he wrote.

In another comment on a Youtube video, Thompson attacked white America saying, “It’s ok for white people to draw pictures of a white jesus, and then colonize Africa, and enslave the negro in America, wipe out the native American, and invade the middle east. They call black people racist for rejecting the oppression they suffered from whites. Listen, when black people have colonized the entire continent of Europe, enslaved its people, and sold them into bondage to foreign lands, then you can call them racist.”

Thompson also has a criminal history.

As New York’s NBC affiliate reported, “Thompson had six prior arrests in California in 2003 and 2004, mostly on domestic charges, authorities said… Thompson was involuntarily discharged from the military in 2003 after a three-year stint, possibly because of drugs, officials said.” 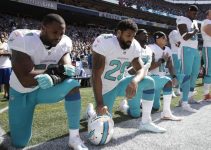