Consider this an OPEN THREAD for the weekend…. but first… about this Ray Rice business…

There are so things that makes no sense in this story.

For instance, how is it that no one in the NFL main office couldn’t put together that Rice actually punched his wife in that elevator in the first place?

I mean, if you are seen in a video dragging the seemingly lifeless body of your wife (she was then his girlfriend) out of an elevator and later admit to police that you two were in an altercation, the only possible conclusion is you punched her into unconsciousness in the first place.

It makes no sense that the second video actually showing the punching would make any difference in the punishment because it would have to be understood that the punching took place whether it was seen or not.

Sp, how does the existence of a video make any difference?

Anyway, if you haven’t seen the video…

Sadly, displaying some typical battered woman syndrome, now wife Janay Rice is all upset at everyone for poking into her business. But were I a big sports fan, I think I would be turning away from that fandom at this point.

Sports has become nothing but PCism, upon PCism. Nearly every story we see is PC garbage–this team’s name is raaaaacist, that sport is bad for kids, this player raped someone, that owner is a raaaaacist… where are reports about, you know, a game or two?

If I were a big sports fan I’d feel that my pastime had been ruined with PCism and I’d have long since lost interest. 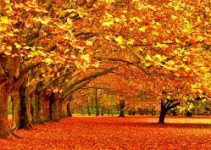