As we remember the biggest terror attack that happened 13 years ago today on 9/11/01 we pause to note that Muslim terror isn’t opposed even by some Christians.

Texas Senator Ted Cruz had a bit of a problem yesterday when it became an issue that he had agreed to speak before a so-called Christian group made up of Lebanese and Palestinian Christians. But when he announced his support of Israel before these “Christians” they booed him and he saved his reputation by walking out on them in the middle of his address.

This was a strange move by Cruz, strange that he’d chose to go before this group of terror lovers. But he really saved his own reputation by what he did there.

When he went on stage he began by noting that he stands with Israel. The crowd was not happy and began to heckle him. He went on to say that Christians should support Israel. The booing and heckling grew.

“Those who hate Israel hate America,” Cruz insisted. “Those who hate Jews hate Christians. If those in this room will not recognize that, then my heart weeps. If you hate the Jewish people you are not reflecting the teachings of Christ. And the very same people who persecute and murder Christians right now, who crucify Christians, who behead children, are the very same people who target Jews for their faith, for the same reason.”

Then he made a brilliant move. He said that if the crowd doesn’t support Israel then he won’t support them and he walked out leaving the bulk of his speech undelivered.

This saved Cruz from having to explain why he was supportive of a group that supports Islamic terrorism. His walking out on these false Christians did his reputation a great service.

Many Want to Forget 9/11–But We Must NEVER Forget!
Panera Restaurants Asks Patrons to Leave Guns Behind 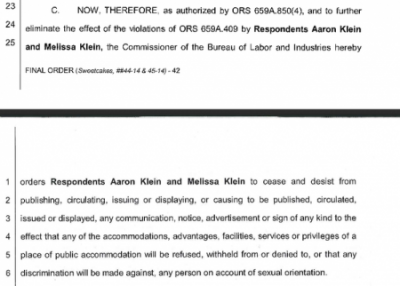