Once again we see how stupid Democrat Party Chair Debbie Wasserman Schultz is with a clumsy comment filled with false implications and absurd assumptions not to mention unintentional hilarity as this fool proclaims that Obama has done his job “less often” than any president since Grover Cleveland.

In an appearance on the odious and bottom rated MSNBC, Wasserman Schultz made this messy verbal blunder which in itself is pretty amusing. But underlying her garbled, inarticulate point is a base assumption that proves the lies that Democrats promulgate of what constitutes a president’s job.

But first the video, courtesy of the NRCC:

If you don’t want to watch the video, here is what this nitwit said…

“[The House of Representatives] will be voting for the first time in American history to sue the President of the United States for doing his job. And doing his job actually less often, and at a rate that is lower than any president since Grover Cleveland.”

Now, obviously this dolt didn’t mean to say that Obama is not doing his job even though that is exactly what she said. It is pretty clear to someone who knows what is going on in politics today that this dunce is talking about Obama issuing Executive Orders.

But once you take into account her misspeak, notice what her underlying premise is, here. She thinks that issuing EOs is what defines a president’s job.

Of course, conservatives and Republicans (not one and the same, mind you) have been very upset over Obama’s stream of EOs because of their extreme nature. Further, they are taken aback at Obama’s proclamation that he will rely on EOs to illicitly bypass the legislative system.

He has used EOs to try and take away Americans religious rights, to curtail their Second Amendment rights, to give unions big pay offs, and to otherwise abuse his powers.

The left counters saying that Obama has thus far issued fewer EOs than Clinton and George H. W. Bush and according to the idiot above, even Grover Cleveland. They used to squeal that Obama issued fewer than George W. Bush, too, but recently he exceeded that total so that talking point is ruined for them. Further by the time Obama’s presidency is over it is likely he’ll top several more presidents.

Still, the problem is not the number of EOs he has issued but their nature that matters and Obama has used his EOs to rewrite laws, take away Constitutional rights, and push his harsh, left-wing political agenda more than any other president in history.

Take for instance the story in the Washington Post that points out that hundreds of Obama’s regulatory rules changes are actually illegal. This right here proves that Obama has, indeed, perpetrated “high crimes and misdemeanors.” He cannot be trusted to wield the power of the presidency.

The fact is, our system of government isn’t good enough for Obama and his un-American, left-wing cohorts. They want a system where a kingly leader can make from the top endless decrees to control all our everyday lives. They despise our representative republic… that is until they lose power. Then, all of a sudden, “democracy” is all the rage among these hypocrites.

Denizens of the Democrat Party are against freedom and liberty. It really is just that simple.

Still, all that aside, Wasserman Schultz’ allusion that issuing EOs is evidence of a president “doing his job” is un-American and just plain wrong and shows the essential corruption at the heart of the Democrat Party’s idea of how government should work. 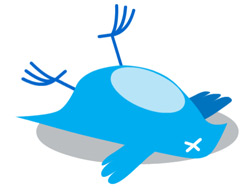 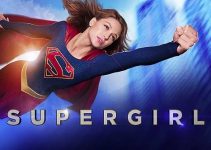