Home
Afghanistan
To Democrats, Republicans are ‘Terrorists,’ But the Taliban is Legit

While Democrats always pretend to look aghast at the purported “vile rhetoric” of the right, the truth is it is the left that is filled with a constant stream of hate speech. Worse, while Democrats are positive that there is no such thing as a terrorist in Afghanistan, Iraq or the wider Middle East, they are equally certain that the only true terrorists are Republicans. And we have two democrats affirming that position this month.

Take California’s Democrat Representative Jackie Speier who just yesterday said that the Taliban surely aren’t terrorists. They are, she insisted, legitimate representatives of the Afghan government.

Naturally, this terror excuser said this on MSNBC, the least trusted news source in America. Speier told MSNBC’s Kristen Welker, that the Taliban is not really a terror outfit.

“Let me underscore the term ‘terrorists,'” Speier told MSNBC. “The Taliban is a part of the fabric of Afghanistan.”

Rep. Speier seems to forget that we invaded Afghanistan because the Taliban was giving aide to al Qaeda in general and Ossam bin Laden in particular.

Meanwhile, the vile loudmouth from New York, Democrat Congressman Jerrold Nadler, said that the Republicans are terrorists, because they are like “suicide bombers,” then he compounded matters by claiming that the Taliban was somehow “just like” the American Revolutionaries who separated from Britain and stated our own country.

As Rusty Weiss pointed out, Nadler thinks “Republicans equate to suicide bombers, while an organization known for suicide bombings equate to American patriots.”

Things fell apart; the middle could not hold...
Nevada Voters Chose 'None Of These Candidates' For Democrat Gov. Primary Candidate 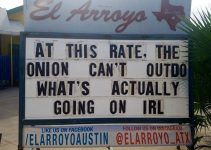