Just like everyone else, voters in Nevada have a choice of the representatives from each party, of course. But Silver State voters have one other choice on their ballots, too: “None of These Candidates.”

In Nevada’s Democrat primary “None of These Candidates” showed up strongly both for Governor and Lt. Governor. But the non choice actually won top spot for the Democrat choice for governor!

Robert Goodman was trying to gain the nomination of the Democrat Party to run against incumbent Republican Governor Brian Sandoval. Sadly for Bobbie, he didn’t quite make the cut as “None of These Candidates” beat him 29.96 percent to Bobbie’s 24.7 percent.

The two Democrat top spots were the only races where “None of These Candidates” gained enough votes to be displayed by the Nevada Secretary of State’s Office. But the fact that “None” won the Democrat race for Governor is simply too funny for words.

It is no wonder that Goodman, a retired state economic development commissioner, didn’t inspire much interest, though. The nearly 80-year-old Goodman has run twice before after all. But, despite that the “None” candidate beat him out, Goodman will still be the Democrat nominee for Governor in the upcoming general election. And he will lose handily to Gov. Sandoval, too.

But this result is a far cry from the boasting made by Senate Majority Leader Harry Reid who claimed that the Nevada Dem. Party had a whole slate of great candidates who were going to run for state office in Nevada.

“We are going to be competitive in all of the state offices––from controller up to governor,” Reid said only months ago.

Apparently Reid was talking out of his rear end… again. I suppose he’ll blame the Koch bothers for it all

Regardless, the whole thing is pretty funny and shows how toothless the Democrat Party is in Nevada.

To Democrats, Republicans are 'Terrorists,' But the Taliban is Legit
Up The Establishment: GOP Powerman Eric Cantor Loses Re-Election Bid to Tea Partier 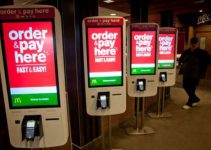