Despite his million-dollar re-election campaign, number two establishment Republican Eric Cantor of Virginia just lost his re-election bid to one of those eeeevil “Tea Party” Republicans in a hard-fought primary race. This is a big, big, BIG loss for the establishment GOP. (John Boehner hardest hit.)

With most of the votes officially in, Brat won the 7th District primary with 56 percent to Cantors dismal 44 percent. Cantor even lost his own home district, Henrico County!

In fact, this is an historic win. As Huffy Post noted, “No sitting House majority leader has lost since 1899.”

Brat was backed by Tea Partiers in Virginia and also by talk show host Laura Ingraham.

Immigration figured prominently in the campaign because Cantor is well known as a full-on amnesty supporter.

As USA Today put it:

This means that the GOP is going to have to look for a House Majority leader, the number two man just below the Speaker of the House.

This really is a blow to the establishment.

Nevada Voters Chose 'None Of These Candidates' For Democrat Gov. Primary Candidate
Cops Murdered: 'The Beginning of the Revolution' 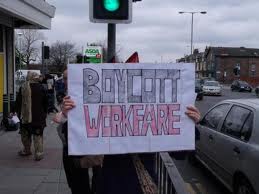