Colleges and Universities in this country helped cause the mass shooting of 14–with seven killed–in Santa Barbara, California this weekend. It is yet another example of how college is fast become a detriment to this country instead of a positive force.

The creep who perpetrated a drive by shooting killing seven, including himself, and wounding seven more, filmed himself explaining why he was about to go on a mass killing spree.

As the Daily Mail reports the killer blamed his spree on his inability to get a date.

“College is the time when everyone experiences those things such as sex and fun and pleasure. But in those years I’ve had to rot in loneliness. It’s not fair. You girls have never been attracted to me. I don’t know why you girls aren’t attracted to me. But I will punish you all for it,” he says in the video, which runs to almost seven minutes.

He repeatedly promises to “punish” women and lays out his plan for “retribution.”

“I’m going to enter the hottest sorority house of UCSB and I will slaughter every single spoilt, stuck-up, blonde s**t that I see inside there. All those girls that I’ve desired so much, they would’ve all rejected me and looked down on me as an inferior man if I ever made a sexual advance towards them,” he says.

The second paragraph above is a major problem where it concerns colleges.

You see, college is not “the time when everyone experiences those things such as sex and fun and pleasure.” College is the time to learn, to study, and to prepare yourself for your life as an adult.

Unfortunately, that is what people have come to expect in college. It is just a place to have sexual romps, not a place to learn.

This is all nothing new, of course. Colleges and universities stopped being places of learning when America’s worst generation–the yippies and other cretins from the 60s generation–successfully destroyed the authority of the college administration.

As the old saying goes, the inmates now run the asylum.

And so, this social misfit went to college with his daddy’s big Hollywood money and expected that his every sexual fantasy would be fulfilled there. And why shouldn’t he? That is what everyone has come to expect, isn’t it? This is how college is thought of, isn’t it?

What we need to do in this country is eliminate the college education as a prerequisite for every last entry-level job. Sure there are some jobs that should require a certain level of education. We wouldn’t want a young doctor to have no sort of specialty degree, after all. But a college degree is simply not a must for every last little job. We need to take the mystique out of a college degree. A degree is no magical elixir to assure a smart applicant.

But even that aside, we need to get sex out of education. All these clubs and absurd classes need to be eliminated. They are part of the root problem that caused this murder spree. 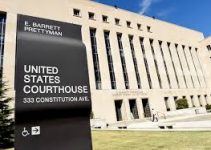