By nearly every metric, Democrats are finding that Obamacare is a millstone around their necks for the upcoming 2014 midterm elections. Yet so-called Republican Karl Rove is telling the GOP to stop attacking Obamacare? What is he thinking?

Rove made his comments in a new Wall Street Journal piece.

“The only thing that could rescue Democrats is for Republican candidates to appear as advocates for the pre-ObamaCare status quo. Hopefully, there’s not much of a chance of that.”

On the other hand, Larry Sabato said this:

Sabato also pointed out the minority of the public that does favor Obamacare is not very enthusiastic about it, a possible recipe for disaster in midterm elections.

“But the majority who oppose Obamacare are much more charged up, and they’re the people who tend to turn up in a low turnout midterm election.”

Is Rove trying to say the GOP should work to keep Obamacare and just tinker on the edges of it thereby taking a great issue away from GOP candidates?

Why would he be saying this when it is clear that Obamacre is a major stumbling block for Democrats going into this election?

Maybe we are seeing that Karl Rove is a lover of big government after all? 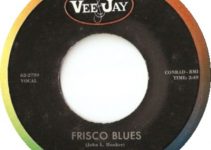