Home
Culture
Florida cops are clueless about the law

Today we’re writing about cops in Florida who are simply clueless about the law with a really pathetic result.

Let’s be clear, being a cop isn’t an easy job. They are usually dealing with people in less than ideal situations, the job can be dangerous, and we’re going to write about this particular aspect of the job next week. No hints.

The problem with police departments is that they are forced to hire from that group in the general population known as “people”. That creates a problem because “people” can be more than a little erratic, without regard to their job. This creates an environment, like in any workplace, where some relatively small percentage of the workforce are very high performers loved by all, most of the workforce is reliable and gets their jobs done with a minimum of drama, and a small percentage of the workforce are, well, for lack of a better term, assholes.

That formula works very well in every group of employees where the number of workers is over two. Got three employees? We’d bet that one falls into each group. It’s called life.

Here’s where we have issues with police. It’s often referred to as “the thin blue line”. In other professions, virtually all other professions, those who are in category three are recognized for who they are very quickly and some form of remediation happens, as they are shunned by co-workers and eventually terminated by The Boss. They aren’t tolerated, and nobody makes excuses for them, in fact co-workers may just find other stuff to blame on them because, since everybody KNOWS they’re a jerk nobody questions their guilt. It’s all pretty Darwinian and works pretty well in society at large.

Then, there’s “the thin blue line”.

Cops tend to have an “us vs. them” attitude for reasons that should be obvious. The net effect of that attitude is quickly destroying the credibility of local police in the eyes of the citizens they “protect and serve”. As a matter of fact, it’s so bad in most metropolitan areas of the nation that “protect and serve” is increasingly regarded as a joke.

This particular incident is a prime example of an asshole at work.

In fact both of those points are lies.

Here’s Glenn Reynolds, the Instapundit, who wrote an editorial about this subject. Reynolds is a law professor in Tennessee.

All over America, police have been arresting people for taking video or making sound recordings of them, even though such arrests are pretty clearly illegal. Usually, the charges are dropped once the case becomes public, and that’s the end of it.

In these cases, the courts and juries stood up for the obvious proposition that police officers, doing their jobs on the public dime, don’t have a privacy right against the citizens who pay their salaries. In an era when government feels free to record citizens whenever they’re out in public, this works both ways.

Some have proposed a federal civil-rights law specifically recognizing the right of citizens to record police, and including severe punishments for police and prosecutors who violate that right. Frankly, it seems like a pretty good idea. Until then, however, we need to educate both police and citizens that photography is not a crime, even when those who wield government power, ostensibly on behalf of the citizenry, would rather not be photographed.

Just to drive the point, a judge in New York City who ruled against the “stop, question, and frisk” policy in NYC penned a requirement that police wear personal recording gear and inform the people they’re interacting with that they’re being recorded. There have also been studies that have found when police are recording interactions cooler heads prevail on both sides almost every time.

The reaction of the local police department is the real problem here. They admit they have a policy on recording that clearly allows it. The officer in question is currently being defended by his peers. See employee classification #3 above.

This jerk should be terminated. He probably should be charged with assault and battery and unlawful arrest (he clearly didn’t know either the law or his department’s policies). He and the city should both be sued for enough to put her kids through college.

Note: if you’re a police officer and you’re offended by this article you need to consider how the employee #3s in your department are treated. If you’re not actively working to get them off the force, you’re the problem.

If you would like to rebut anything we’ve said here please feel free to use the contact form and write a post in rebuttal. We’ll publish it. 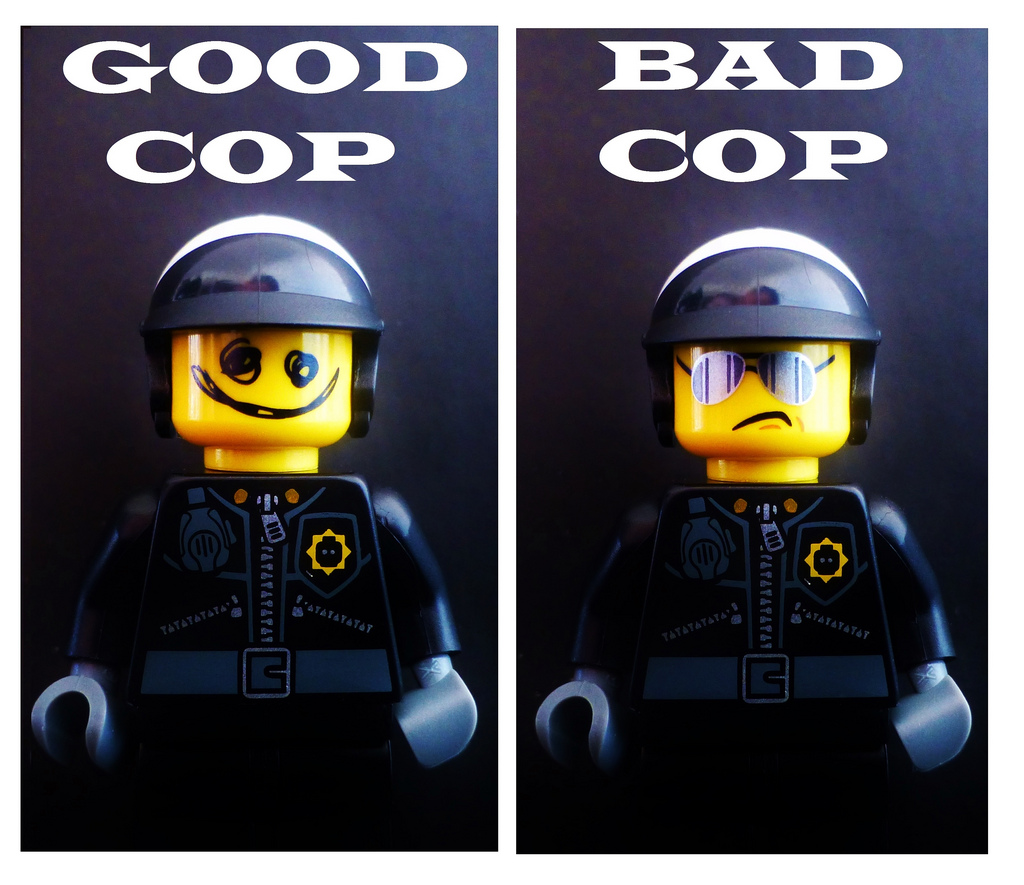