Here are the winners for the January 31st edition of then Weekend Caption Contest™. The assignment this week was to caption the following picture: 2) (fustian24) – “The Russian Olympic security plan was to lay waste to Sochi BEFORE the terrorists could do it.

Hey it worked against the Germans!”

3) (LiberalNightmare) – “On wednesday, FEMA managers on the ground try to deal with the giant flaming turd that was 0bama’s SOTU address” 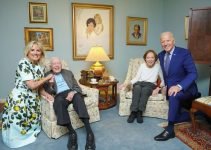