The lawsuit will claim violations of the Fourth Amendment. The main focus will be to target the NSA’s metadata program.

One would assume that this all may end up at the U.S. Supreme Court in the long run.

So, what do you guys think? Is Paul’s lawsuit a good idea? Will it get us any closer to the end of Obama’s surveillance state? Or is it all a waste of time? 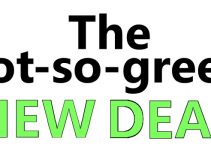