Faced with the disastrous debut of healthcare.gov and the Affordable Care Act’s termination of millions of existing insurance policies, the Obama Administration has launched a two-pronged propaganda campaign to disguise the failure of Obamacare as a “success.”

First, Kevin Drum, quoting from The Washington Post at MotherJones.com, tells us that Obamacare enrollment is “starting to look pretty healthy“:

What seemed impossible in October suddenly became a lot more plausible in late December. This weekend, new enrollment data showed approximately 2 million Americans signed up for private health insurance plans since the start of open enrollment. Health policy experts now see a space to get to 7 million — although it’s by no means a guarantee.

… “It was a very impressive December,” says Dan Mendelson, president of health research firm Avalere Health. “The fact that they have about 2 million enrolled is not that far off from [the original CBO projection of] 3.3 million.”

But don’t get excited just yet, because the second battlefront in the new propaganda blitz involves that “7 million” number which, you know, never really meant anything anyway:

“That was never our target number,” White House health care adviser Phil Schiliro told MSNBC. He said Health and Human Services Secretary Kathleen Sebelius has cited the figure because it had come from the Congressional Budget Office — Congress’ nonpartisan budget scorekeeper — “and it had become an accepted number.”

So … Obamacare will be a success because we are well on our way to meeting a goal that was never really a goal in the first place.  Um, yeah.

Let’s take a closer look at the original enrollment goals.  Out of a potential market consisting of approximately 40 million uninsured, and approximately 15.4 million insured through individual policies, HHS told us that it expected to sell 7 million new Exchange policies between October 1, 2013 and March 31, 2014.  And 2.7 million of those policies would to be sold to healthy individuals between the ages of 18 and 35.  These numbers were far from arbitrary; they were calculated by the CBO.  Undoubtedly they were based on sales figures that were agreed upon by White House officials and major insurance companies, which were then used by those companies as a basis for their 2014 premiums.

Further, these sales goals formed the basis for the marketing plan developed by the White House and HHS that was designed to target those uninsured, healthy 18 – 35 year olds as prime customers for the new ACA Exchange insurance plans.  These goals are not just a “target” – they are the critical mass necessary to ensure the actuarial soundness of health insurance premiums for 2014.

As of the end of December, we have 1.1 million signups for ACA plans through the Federal exchange (healthcare.gov) and 850,000 signups through the various state exchanges.  However, these are only people who have registered with the site and chosen a plan to potentially purchase.  The back-end data system responsible for connecting insurance companies with the Federal exchange still – as far as we know – is not fully functional.  Neither is the payment processing system.  The government has not provided any verification that the entire system is actually up and running.

In traditional insurance terminology, someone is enrolled only after their application has been processed and approved, and they have handed the insurance company a check for their first premium.  Even though the government loosely uses the phrase “enrollment, ” we have no way of knowing how many people have actually enrolled in the traditional sense, since the government has not provided that information either.

So we’ve got lots of “signups” (though not as many as we really needed by now) yet no way to know how many are actually enrolled.  Remember that 7 million number?  That was for enrollment, not “signups.”

We also have no way of knowing how many of these signups are part of that super-critical healthy 18 – 35 year old demographic, because the government hasn’t told us that either.  Remember, if the majority of people signing up for ACA policies are doing so because they have health problems and need a financial cushion against out of pocket health expenses, then the health insurance companies will actually be worse off, since these new insureds will be spending more of the insurance companies’ money than they will be paying in through premiums.

Despite the surge of signups in December (most likely because of the enrollment cutoff date for coverage starting January 1) we are probably still a long way, perhaps impossibly long, from expected enrollment numbers.  As Avik Roy explains in the above-linked Forbes article, “It’s almost certain that, so far, this enrollment data is not encouraging. Because if it was encouraging, CMS would have released it.”

In order to make that 7 million enrollment figure, we would need to have 90% or more of the current signups become paying enrollees, and then we would need to add 5 million more paying enrollees during the next 90 days.  Remember, this is the number most likely to represent the enrollment targets that insurers used as a basis for their 2014 rates.  Barely 60 days after the March 31 deadline, insurers will begin submitting their proposed 2015 insurance rates to state insurance regulators for approval, to ensure that open enrollments can start again on October 1.  If insurers take a bath in 2014 due to low enrollment/premium revenue, the sticker shock of necessary 2015 rate increases might drive enrollments even lower.

But then again, maybe “affordable health care” was “never a target” for the Obama Administration. 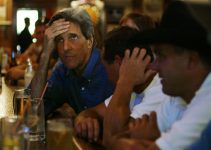