Home
Health Care
Obamacare
Is it time for a belated hat tip to John Roberts?

Back when John Roberts allegedly changed his vote and joined the majority of the SCOTUS in deciding that Obamacare was constitutional under the government’s taxing power many of us on the right were gnashing our teeth at the perceived betrayal.  How could he change his mind?  How can it be constitutional for the government to force you to buy something?  What has Obama got on him?

Of course, we on the right also rail against activist judges thwarting the will of the people and imposing regulation on America from the bench.  Notwithstanding the fact Obamacare was passed through Congress by hook and crook it was duly passed and signed into law by the President.  Sure, the Supreme Court overturning Obamacare would have been convenient for those who opposed the law but it wouldn’t have the legitimacy of full repeal.

Let’s be honest, having the Obamacare mandate overturned by the courts wouldn’t have prevented Obama from being reelected.  Heck, who knows, it might have even helped him.  But as we watch Obamacare’s implementation become the Hindenburg towing the Titanic into Chernobyl as a Sharknado approaches I have to wonder if John Roberts didn’t know exactly what he was doing.

Is it possible he muddled his way through the entire 2,000 plus pages of legislation and recognized there’s no way on God’s green Earth the monstrosity could succeed?  Could he have been playing a constitutional long game to demonstrate the folly of Obamacare?

In retrospect I believe John Roberts did us a great favor.  By standing aside and permitting the American people to fully experiencing the pain and misery Obamacare was written to impose upon them he put the inherit flaws of the law and serial dishonesty of its champions on full display.

As it stands now Obama has been exposed as utterly incompetent in executing his signature legislation while squandering what credibility he may have once had.  Less than one year into his second term he’s pretty much a lame duck already.  It seems the best way to discredit liberalism is to give it a filibuster-proof majority in Congress, a sitting president and free rein to destroy one sixth of our economy.

The downside is that many millions of Americans will suffer under disruptions in their health coverage.  If you’re going to make an omelet you’ve got to break a few eggs though, right?  John Doe in the movie Se7en said it best, “Wanting people to listen, you can’t just tap them on the shoulder anymore. You have to hit them with a sledgehammer, and then you’ll notice you’ve got their strict attention.”

BREAKING: Democrats Give Obama 72 Hours to Fix Obamacare Website
At war for the nation one city at a time: San Jose
Tags:evil genius, unforseen consequences 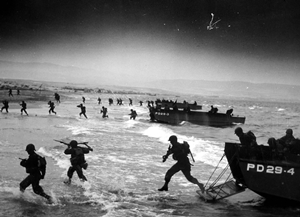