2) (sarahconnor2) – “The Obamas greet the six people who enrolled in Obamacare.”

4) (DanMelson) – “Sadly, the little nurse was trampled when it became known she was accepting Obamacare patients”

Fallen Soldier on My Delta Flight
For those who say there's no God... 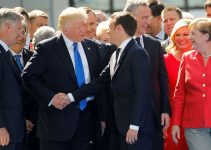