Home
Culture
For those who say there’s no God…

Just seven years ago, if someone had told me that I’d be writing for Christianity Today magazine about how I came to believe in God, I would have laughed out loud. If there was one thing in which I was completely secure, it was that I would never adhere to any religion—especially to evangelical Christianity, which I held in particular contempt.

I grew up in the Episcopal Church in Alaska, but my belief was superficial and flimsy. It was borrowed from my archaeologist father, who was so brilliant he taught himself to speak and read Russian. When I encountered doubt, I would fall back on the fact that he believed.

Leaning on my father’s faith got me through high school. But by college it wasn’t enough, especially because as I grew older he began to confide in me his own doubts. What little faith I had couldn’t withstand this revelation. From my early 20s on, I would waver between atheism and agnosticism, never coming close to considering that God could be real.

After college I worked as an appointee in the Clinton administration from 1992 to 1998. The White House surrounded me with intellectual people who, if they had any deep faith in God, never expressed it. Later, when I moved to New York, where I worked in Democratic politics, my world became aggressively secular. Everyone I knew was politically left-leaning, and my group of friends was overwhelmingly atheist.

Read the whole thing in Christianity Today. If you’re a believer, it’ll make your day. If not, well, read it anyway.

Weekend Caption Contest™ Winners
VIDEO: Citizen Tells Sen. McCain He Should be 'Arrested and Tried for Treason!" For al Qaeda Support
Tags:Athiesm, Christianity, There is no God 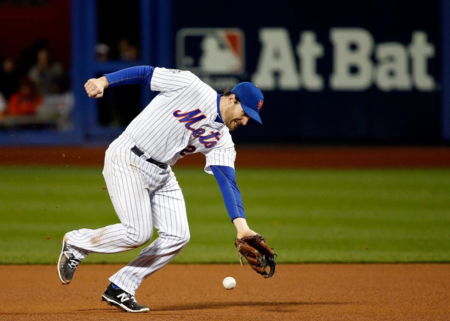