One of the arguments that people that oppose gay marriage used to deny legal marriage for gays is that allowing gays to marry opens the door for every other sort of “marriage”–marrying gays, multiple partners, animals, even children–and this eventually destroys society. Gays denied that their support of gay marriage created that slippery slope toward destroying marriage and the family, but a recent CNN report seems to make the lie to that denial.

On October 26, CNN published a story on Polyamory–the practice of having three, four or more people together in a “marriage”–with the practice being mostly portrayed as a perfectly normal, even desirable, form of “marriage.”

As America has argued about gay marriage, homosexuals claimed that they were not looking to destroy marriage as an institution nor were they trying to eliminate the nuclear family. They claimed that all they cared about were their “rights” to “love who they love.”

Of course, no one ever said they should not be allowed to “love who they love.” That argument was a red herring used to tug at heartstrings. In fact, all of the arguments gays used were emotional arguments and this is the reason that foes of gay marriage said that allowing gay marriage is just one more step toward legalizing just any sort of relationship, that gay marriage was a slippery slope to a host of illicit “relationships.”

Now we get this CNN piece that presents multiple partner “marriages” as a perfectly acceptable form of relationship. A major news organization has just present polyamory as normal, the exact thing that gays said would never happen.

Polyamory is part of the “because I feel like it” style of relationships, the very sort that fans of gay marriage said would never happen if they got their way.

But now that gay marriage is becoming widely accepted in the USA, we are seeing those “other” types of perversions coming out of the woodwork claiming that they, too, should be accepted just like gays are.

Ultimately, those that stood against gay “marriage” were 100% correct. Allowing gay marriage is just the first step in destroying the institution of marriage altogether, eliminating the family, opening the door to libertinism and license, and the complete destruction of responsibility and all this will certainly harm our children who will find a lack of stability in their lives as a result.

After all, shouldn’t you be allowed to love who/what you love? That is the argument the gays made. Why is it good for them and no one else?

Gay marriage will ultimately tear down all legal barriers to other sorts of illicit “relationships” and will make just any sort of grouping legitimate quite regardless of what it will do to our children and our society.

Sheldon Adelson: We Should Nuke Iran
Free Speech for ME, Not so Much for Thee… 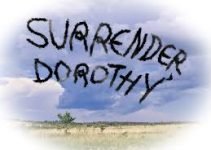