What is a powerful, important, privileged Democrat member of the House of Representatives supposed to do when his House Gym towel boys have been furloughed? I mean are we to expect a high falutin member of Congress to get his own towel? SERIOUSLY? I mean, isn’t this far too much to expect of Representative Bruce Braley (D, Iowa)?

Well, Braley, for one, is incensed that he’s now expected to get his own towel since the towel boys at the Congressional gym have been furloughed due to the partial government shut down.

Thanks to Emily at Naked DC we find that Braley was complaining that he is far too important to get his own towel but these evil, mean, lowlivian Republicans are forcing the whole of Washington to shut down terribly inconveniencing the most high members of the ruling class like Braley.

And, gosh, this shouldn’t be happening, Braley says, because they pay a fee to use the gym. Why, that fee should pay for everything and there shouldn’t be a loss of his towel boys, darn it.

Aaannnnd what IS that fee? It is an exorbitant $260 a year, Braley admits.

See? He PAYS dang it.

Meanwhile what are the fees that the average American has to pay for a health club membership where towel boys can hand them towels?

Well, the average American can pay as low as $20 a month or as much as $100 a month (some even more depending on services desired) for a health club membership–towel boys included.

So, let’s pick a median price there and say the average health club fee is $40 a month. That is a $480 a year payout. That is nearly double what Rep. Bruce Braley pays. And HE is paying his fee with our tax money.

So, in essence, you health club members out there are paying your $480 a year on top of paying Braley’s $260, too.

But Braley is incensed, you see. No member of Congress should be forced to get his own towel! It’s an OUTRAGE!

Is anyone else amused that a member of the smarter, better, more important ruling class couldn’t figure out how to divide $260 by 12 months, there? 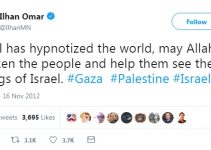