Unions don’t give a tinkers dam about workers and unions related to retail businesses are the worst.

Today, if you live in a major metropolitan area in the US you may be treated to a fast food “strike”. This movement against the fast food industry started in New York and several unions and progressive politicians are pushing it all over the country. Here’s the LA Times on the strike.

NEW YORK — Beginning a day of protests that organizers say will spread to 50 cities and 1,000 stores across the country, a crowd of chanting workers gathered Thursday morning at a McDonald’s in midtown Manhattan to call for higher wages and the chance to join a union.

About 500 people, including workers, activists, religious leaders, news crews and local politicians, gathered outside the McDonald’s on Fifth Avenue. The protesters chanted “Si Se Puede” (“Yes, We Can”) and “Hey, hey, ho, ho $7.25 has got to go,” holding signs saying “On Strike: Can’t Survive on $7.25,” referring to the federal minimum wage.

The protesters plan to spread out to other stores throughout New York during the day. Protests are also expected in Los Angeles, Chicago, Charlotte, N.C., and other cities.

Let’s look at some facts. Retail jobs, including jobs in fast food restaurants, are called “entry level” for a reason. They do not require any special education or training, that can be learned “on-the-job”. It’s a low skill position. It’s meant to be a stepping stone to jobs that are more responsible and jobs that pay more money. Retail/fast food entry level jobs were never designed to be a career.

With respect to “Can’t Survive on $7.25”, tough. Learn a trade. Find a job that requires some skill or some knowledge or both. You’ll make more money.

From Yahoo, here’s who’s taking part in the strike.

Shaniqua Davis, 20, lives in the Bronx with her boyfriend, who is unemployed, and their 1-year-old daughter. Davis has worked at a McDonald’s a few blocks from her apartment for the past three months, earning $7.25 an hour. Her schedule varies, but she never gets close to 40 hours a week. “Forty? Never. They refuse to let you get to that (many) hours.”

Her weekly paycheck is $150 or much lower. “One of my paychecks, I only got $71 on there. So I wasn’t able to do much with that. My daughter needs stuff, I need to get stuff for my apartment,” said Davis, who plans to take part in the strike Thursday.

She pays the rent with public assistance but struggles to afford food, diapers, subway and taxi fares, cable TV and other expenses with her paycheck.

Gee, she never gets 40 hours. Well Shaniqua, you can thank your President for that one. Don’t look for more than 29 hours unless the dreaded Republicans are able to overturn Obamacare. Oh, and while we’re at it, shut off your cable TV and throw the bum out. And, as long as I’m on a tear, stop breeding.

Now, with respect to my premise that these unions, community organizers and politicians aren’t doing the people who work in fast food any favors, here’s what will happen if they managed to cram a significantly higher minimum wage through the Congress like they did with Obamacare.

First, you know all those cashiers who ring up your order and process your credit/debit card? GONE! You’ll walk up to the counter and use a touch-screen to enter your order and swipe your card. Self-checkout lanes are already encroaching on retail stores and supermarkets, fast food touch-screens are a no-brainer.

Second, all those line cooks making hamburgers and fries? GONE! Look for robotics to take that little job over. The following video is talking about robotics in Chinese fast food in Singapore, but there’s no difference between cooking rice and frying french fries or cooking a burger.

A few years from now you may walk into a fast food restaurant and find it staffed by two or three people who aren’t doing much more than feeding raw material into the robots and sweeping the floors. Labor costs down significantly, no issues with health insurance, no problems with employees not showing up or showing with a bad attitude. Better quality control in the food prep.

It’s a win for everybody, well maybe not so much for those $7.25 per hour dolts who will be unemployed and since the economy will likely be in a free fall by then, welfare payments will be down or non-existent. Oh well, the community organizers and the union leaders will be fat and happy.

Wizbang Weekend Caption Contest™
Up a tall ladder and Down a short rope
Tags:Minimum Wage, Unions 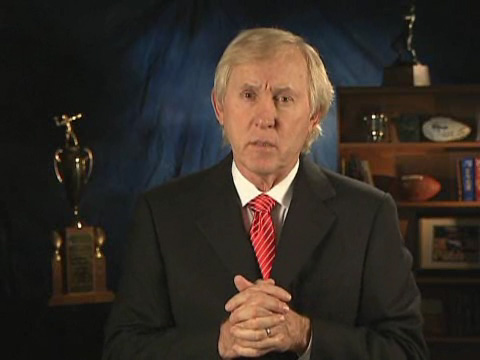