Home
9/11
#BENGHAZI: Dozens of CIA on the ground; Survivors being hidden?

On Thursday, Jake Tapper dropped a not so subtle story at the end of the day. The CIA had dozens of operatives on the ground in Benghazi the night of the attack.

Midnight call from my CIA source. ‘This is the one.’ Said the real question is why all those agents were in Benghazi. http://t.co/4ELMQMffRE

CNN has uncovered exclusive new information about what is allegedly happening at the CIA, in the wake of the deadly Benghazi terror attack.

Four Americans, including Ambassador Christopher Stevens, were killed in the assault by armed militants last September 11 in eastern Libya.

Sources now tell CNN dozens of people working for the CIA were on the ground that night, and that the agency is going to great lengths to make sure whatever it was doing, remains a secret.

CNN has learned the CIA is involved in what one source calls an unprecedented attempt to keep the spy agency’s Benghazi secrets from ever leaking out.

The article makes mention there might be implications that perhaps the theory gun running was going on might be correct. As for my opinion, it’s either weapons running to Syria or that many CIA agents might denote a black site operation? UPDATE: CIA ‘running arms smuggling team in Benghazi when consulate was attacked’

The story goes on to say that these operatives are being subjected to very frequent polygraph examinations in order to determine if they had spoken to the press or not and that intimidation tactics were being employed to maintain their silence.  The CIA, of course, denies attempting to silence or intimidate anyone.

Just the day before Tapper filed this story, Rep. Darrell Issa shot off subpoenas to the State Department for documents regarding the ARB and Benghazi.

#BENGHAZI UPDATE: I just subpoenaed @StateDept for docs related to @GOPoversight investigation they refuse to hand over.

It wouldn’t be shocking to see Issa issue more subpoenas in light of the CNN story. As to the subpoena’s issued this week, the details are in the Oversight Committee’s press release:

Probably not many buy the CIA’s line about intimidation as just this past week FOX news landed an interview with a Benghazi ‘Survivor’. David Ubben, a diplomatic security agent, was severely wounded that night as he assisted Glen Doherty and Tyrone Woods defending the compound. Ubben was responsible for retrieving the body of Sean Smith. FOX news’ Catherine Herridge reported:

The Oversight Committee leveled accusations that the Obama administration is blocking access to witnesses and survivors. In light of this recent information and this administrations love loss for whistleblowers, the committee is likely right. This week, after Tapper’s report came out, Rep. Trey Gowdy repeated the stonewalling accusations in an interview with Greta VanSusteren, adding that the administration was hiding the survivors. Via GatewayPundit, who also has video of interview with Gowdy:

Gowdy told Greta the Obama Administration is hiding the survivors, dispersing them around the country, AND changing their names.

“Including changing names, creating aliases. Stop and think what things are most calculated to get at the truth? Talk to people with first-hand knowledge. What creates the appearance and perhaps the reality of a cover-up? Not letting us talk with people who have the most amount of information, dispersing them around the country and changing their names.”

And, at the same time Obama is hiding the survivors around the country he’s calling Benghazi a ‘phony’ scandal.

On a related note, President Obama’s position that he would find who was responsible and bring them to justice seems to have stalled out as well.  CNN was also on hand for an interview with Ahmed Abdu Khattala, a man thought to be involved with the attack on the mission in Benghazi. Khattala denies involvement in the attack, stating he arrived after it started and told CNN that no one from the U.S. government had contacted him whatsoever. More on Ahmed Abdu Khattala at The Blaze.

Four Americans including U.S. Ambassador Chris Stevens were killed in the Sept. 11 attacks on the U.S. compounds in Benghazi. No suspects have been arrested. Republicans have raised persistent questions about the Obama administration’s handling of the crisis.

Graham tells CBS News that his office is now hearing from frustrated officials within military special forces and intelligence communities who say they have good leads on the whereabouts of suspects in the attacks but can’t get approval to take action.

Tapper went one further on Twitter, referring back to Hillary Clinton’s testimony. Via Twitchy:

Recall H Clinton answer when Sen Paul asked about gun-running: “you’ll have to direct that question to the agency that ran the annex.”

We know Hillary Clinton’s answer to all of this:

P.S. CNN? Nakoula is still in jail. Where’s that interview? 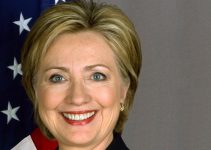