Obama’s Ambassador to Egypt is siding with Islamist terrorists in the unrest in that ancient country. Ambassador Ann Patterson has demanded that the Egyptians release all the Muslim brotherhood terrorists they’ve imprisoned during this time of strife.

Isn’t it just like the Obama administration to side with the extremist Islamists?

Robert Spencer of Jihad Watch has the scoop about Obama’s administration:

Yesterday El Fagr reported that, during their most recent phone conversation, U.S. ambassador Anne Patterson demanded that Egyptian General Sisi release all Muslim Brotherhood members currently being held for questioning: “And when Sisi rejected this order, the American ambassador began threatening him that Egypt will turn into another Syria and live through a civil war, to which Sisi responded violently: ‘Neither you nor your country can overcome Egypt and its people.’”

Moreover, the day before the Salafi party withdrew from negotiations with the new Egyptian government, Al Nahar reported that Patterson had “incited them [the Nour Party, the Salafi party] to tamper with the political scene and the road map and to threaten to withdraw from political participation if Dr. Muhammad Baradei becomes elected as Prime Minister…”

Apparently, these are the “many forms of pressure” that Patterson earlier assured Hishan Qandil the U.S. would use to reinstate the Brotherhood.

Obama doesn’t seem to be able to make up his mind about Egypt… or anywhere else in the Middle East, for that matter.

On second thought, there is one thing that Obama does seem sure of in the Mid East. He thinks Israel is our enemy. Take his next possible UN Ambassador who wants Israel destroyed and says US Is like Nazi Germany. 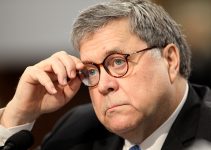