There was once a day when the Democrat Party was very concerned about the protections of the U.S. Constitution and the due process of the law. But they used that fealty to the law of the land to protect slavery and disenfranchise blacks. To eliminate this, the system was used against Democrats to destroy their evil intent. Democrats learned a lesson from this, sure, but it was the wrong one. Instead of learning that the Constitution and the law is good, now, with their 100-year-old fealty to un-American, European-styled socialism, Democrats use that same system to undermine every tenet of Americanism. The lesson they learned was not to look for the intent of the law but to use the law as a weapon to destroy enemies.

Sadly, the Democrat Party has never been a force for good in this country.

Take the Second Amendment, for instance. Like the good apparatchiks they are, Democrats pretend they love the U.S. Constitution and blithely tell the media that they would never want to take away guns. Why, all they want, they say, is “common sense” gun laws that keep us all safe while protecting our Constitutional rights of self-defense.

This, however, is a blatant lie.

Look to Illinois, the last, deeply blue state to hold out for passing a concealed carry law, a law that the Supreme Court of the United States has demanded they pass.

Every state but Illinois has some sort of concealed carry law. And after passage of these various laws, nowhere in the country did shootings skyrocket the way every liberal claimed they would. Nowhere. Not one street, municipality, city, county or state saw the “explosion” in “gun fights” after concealed carry was initiated. None.

Yet, even today, as Illinois gets ready to join the United States of America on this issue, liberals in the state are still lying and insisting the above boilerplate will come true.

Take Michael Pfleger, the lying, left-wing extremist who sometimes posses as a Catholic Priest. Only days ago he told the Chicago press, “You are going to see a lot more gun fights and you are going to see people using guns as their first line of defense when they are confronted. To think guns are suddenly going to be the answer to violence in the city or the state, it’s absurd.”

“Absurd” is definitely the right word for this extremist.

But, “Father” Pfleger, you, sir, are a liar. Why would you imagine this would happen in Illinois when it hasn’t happened in 49 other states not to mention the hundreds of counties and thousands of cities in those 49 states. Are your fellow Chicagoans particularly blood thirsty and/or stupid, “Father” Pfleger?

Like his comrades, Pfleger has used the system for years to eliminate Chicagoan’s Constitutional rights because, as it happens, he doesn’t like them. As a left-wing activist, he is in favor of upholding only those laws he likes.

But it isn’t just mere activism the left indulges. It isn’t just rallies and loudspeakers they thunder from. It is also the law they use to deny people their rights even as they pretend they are acting in accordance with the law.

The flavor of a concealed carry law, of course, is that all law-abiding citizens should be allowed to observe their Constitutional rights. Sounds pretty simple, doesn’t it? Ah, but the devil, as they say, is in the details.

These details are where the liberals purposefully defeat the very laws they claim to be trying to insure. I emphasize purposefully.

You’ll recall the days of Jim Crow when Democrats tried to keep blacks from voting by setting education requirements and poll taxes making both so stringent that few blacks could satisfy them in order to qualify to vote. These artifices were set to make it look like they were trying to obey voting laws, but were really going out of their way to make it so hard to vote that in essence they were making sure that no votes could be cast by the “wrong sort of people.”

Well, despite their utter defeat over civil rights, Democrats have not learned that their actions are illicit if not evil. They are using the same tactics today on the gun issue.

Again we can look to the lawless land of Chicago and Illinois to learn that lesson.

We have but to look at the words of Illinois State Senator Kwame Raoul of Chicago. His idea was to load so many restrictions into the concealed carry law that it would make it virtually impossible to be able to carry.

“If you think about all the prohibited places there are,” this un-American cretin said to the Chicago media, “I don’t think you will see an overwhelming number of people actually (carrying weapons) because it becomes such a headache.”

The message: Oh, sure you can have concealed carry, but we are going to make it so hard, so expensive, and so restrictive that it just won’t be worth the effort.

These are the same tactics as Jim Crow.

Now, our third President and writer of the Declaration of Independence, Thomas Jefferson, addressed this very principle in his 1792 Report on Navigation of the Mississippi.

“It is a principle,” Jefferson wrote, “that the right to a thing gives a right to the means without which it could not be used, that is to say, that the means follow their end.”

In other words, if you don’t have the means to observe your rights because the liberals have made it too hard to get a gun, buy ammunition, get a license, or because of any of a myriad of other road blocks they’ve set up, then you have necessarily been denied your rights. Just like Democrat Party-created Jim Crow laws did to prevent blacks from voting between 1870 and 1964.

But this sort of game playing isn’t just happening in Illinois. Just north of the worst state in the union, just beyond that cheddar curtain, Wisconsin leftists are also making to Jim-Crow that state’s concealed carry laws.

Recently leftists in the Dairy State convinced the legislature to pass a law that makes it harder to get a concealed carry license by suddenly limiting the sizes of the training classes in order to makes sure fewer Wisconsinites could qualify for their Constitutional rights. A lawsuit has been initiated to beat back this law, but the leftists are game playing with that, too, by convincing an un-American judge to start moving the venue around bogging the lawsuit down and slowing progress. It is an effort to deny the gun owners their rights both to observe the Second Amendment and their right to due process under the law.

As you can see, these left-wing, Euro-like anti-Americans use the law as a weapon and do their very best to use the system to undermine any law they cannot defeat at the ballot box or in the legislature.

Know who else does this? Islamist terrorists in western countries.

Democrats are not American. And they never were. 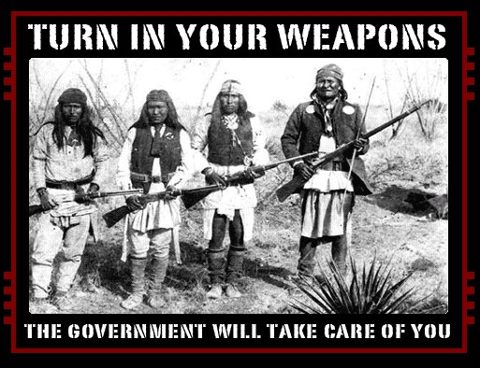