Alice Walker is most well known for authoring The Color Purple, a book on the African American experience that in 1985 became an award-winning film staring Oprah Winfrey among others. But Walker is also well known as a major anti-Semite and in her new book, The Cushion in the Road, Walker “sinks to new lows” of anti-Semitism.

In Walker’s new book 12 essays in a section titled “On Palestine,” a section that forms one quarter of the book, are replete with comparisons of modern-day Israel to Nazi Germany and proclamations that Israel should not be allowed to exist. The book also makes attempts to justify terrorism against Israelis saying Palestinians should not be blamed for terror bombings in Israel.

“Alice Walker has sunk to new lows with essays that remove the gloss of her anti-Israel activism to reveal someone who is unabashedly infected with anti-Semitism,” Foxman said in a press release.

In Walker’s book, the Israelis are accused of “genocide” against the Palestinians as well as “ethnic cleansing,” and “crimes against humanity,” not to mention “cruelty and diabolical torture.”

The book also likens the Palestinian cause to the American civil rights movement and excoriates black churches in America for teaching Bible passages about ancient Israel.

Foxman points out one particular passage of The Cushion in the Road concerning Walker’s disgust with black churches for teaching bible passages on ancient Israel.

Speaking of Black churches whose leaders recount Biblical stories about the Israelites’ various triumphs and travails, Walker writes, “It amazes me, in these churches, that there is no discussion of the fact that the other behavior we learned about in the Bible stories: the rapes, the murders, the pillaging, the enslavement of the conquered, the confiscation of land, the brutal domination and colonization of all ‘others’ is still front and center in Israel’s behavior today.

Walker has raised eyebrows for years with her anti-Jewish sentiment but in the last few years the author has stepped up her attacks on Israel.

Last year, Walker refused to allow her most famous work to be translated into Hebrew for the Israeli audience because “Israel is guilty of apartheid and persecution of the Palestinian people, both inside Israel and also in the Occupied Territories.”

The famous author also visited the Gaza Strip to protest Israel’s “apartheid” against the Palestinians. At that time Walker claimed that today’s Israel is even worse than America’s 1950s Jim Crow South. 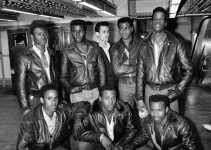